Thanks To My Black MPV, I Cheated Death

This near-death experience will send shivers down your spine!

Have you ever wondered about the meaning of this phrase ‘Old is gold’? You’ve probably heard it over the years but its true meaning can have different sentimental values to the person who utters the phrase in a conversation. Allow me to tell you a story about how this phrase struck me.

It was raining cats and dogs, and it felt like the rainy season would never end. But I had to go get my boys.

No mom,I have my online maths tuition,drive safely ”

So, I had to drive myself to pick up my sons. Along the Federal Highway, I was driving calmly while listening to the radio. The road was smooth and empty.  Because of the restrictions, there was no traffic.

Suddenly, I felt as if I had knocked something over. I was driving calmly when it happened out of nowhere. My front right tyre twisted, and my mpv skidded very quickly.

It swirled twice as smoothly as a ballerina performing her stunts. The mad swirl of everything that was to come began then.

My foot was on the brake pedal, but it didn’t stop. Imagine it really wouldn’t stop and I just went blank. Things became so blurry! Ridges, bumps, and swirls under my fingertips.

It felt like a life-or-death situation. I couldn’t think of anything. Finally, then it stopped . 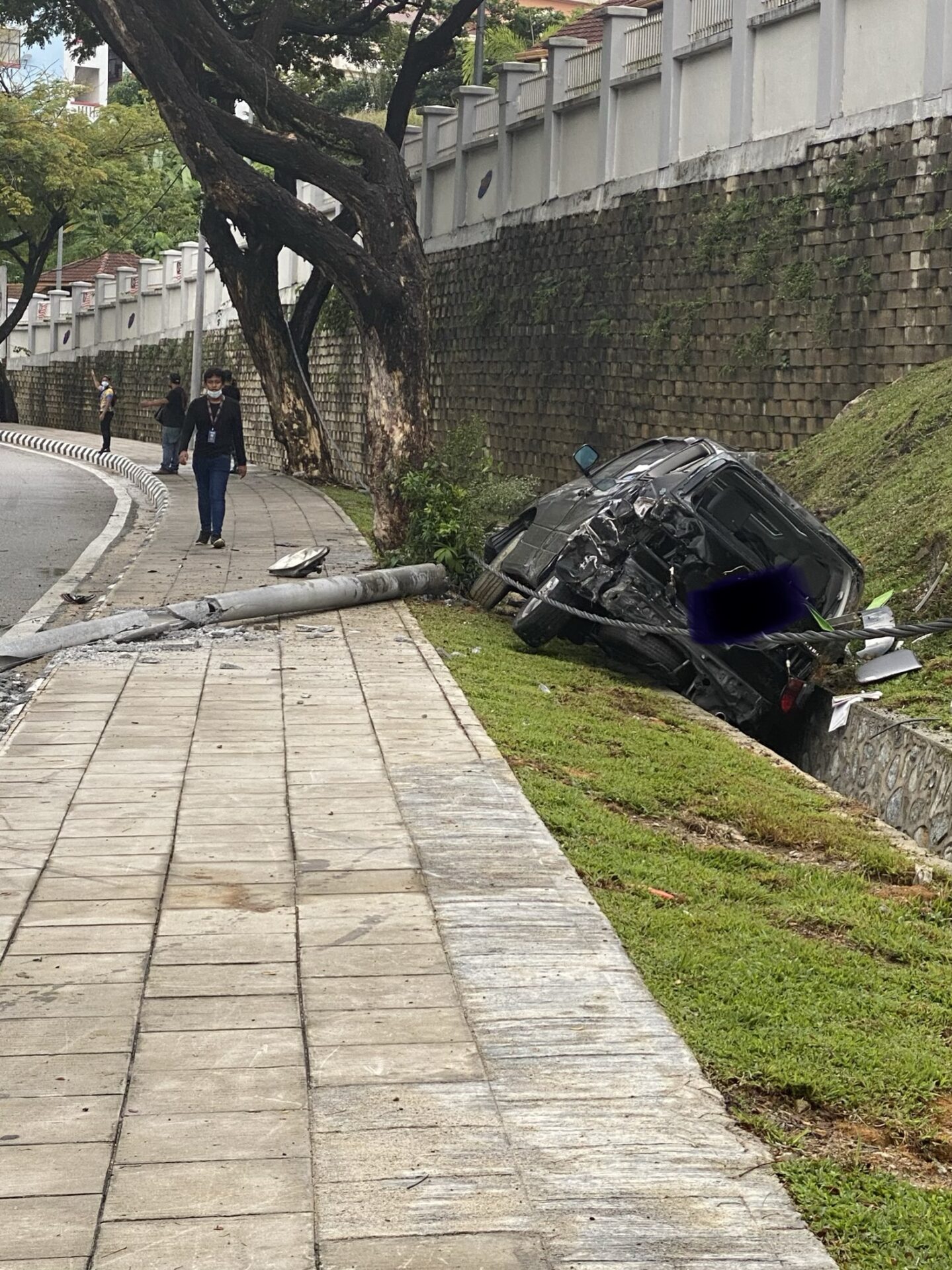 I had no idea where I had landed; all I knew was that I was still sitting in my seat. Thank goodness for my airbag and seat belt. It kept me safe and glued to my seat. But there was smoke coming from my steering wheel.

Suddenly, I felt pain in my right fingers and noticed that three of my fingers were pinned between the doors of the car in which I was driving. I had no idea until that point.

I tried to open the door, not realising there was a drain beneath my mpv. Yes, my mpv was angled to the right on the drain. I was trying to force the door open. Thankfully, the door did not open. If the door had opened, I could have fallen into the drain and suffered multiple fractures. 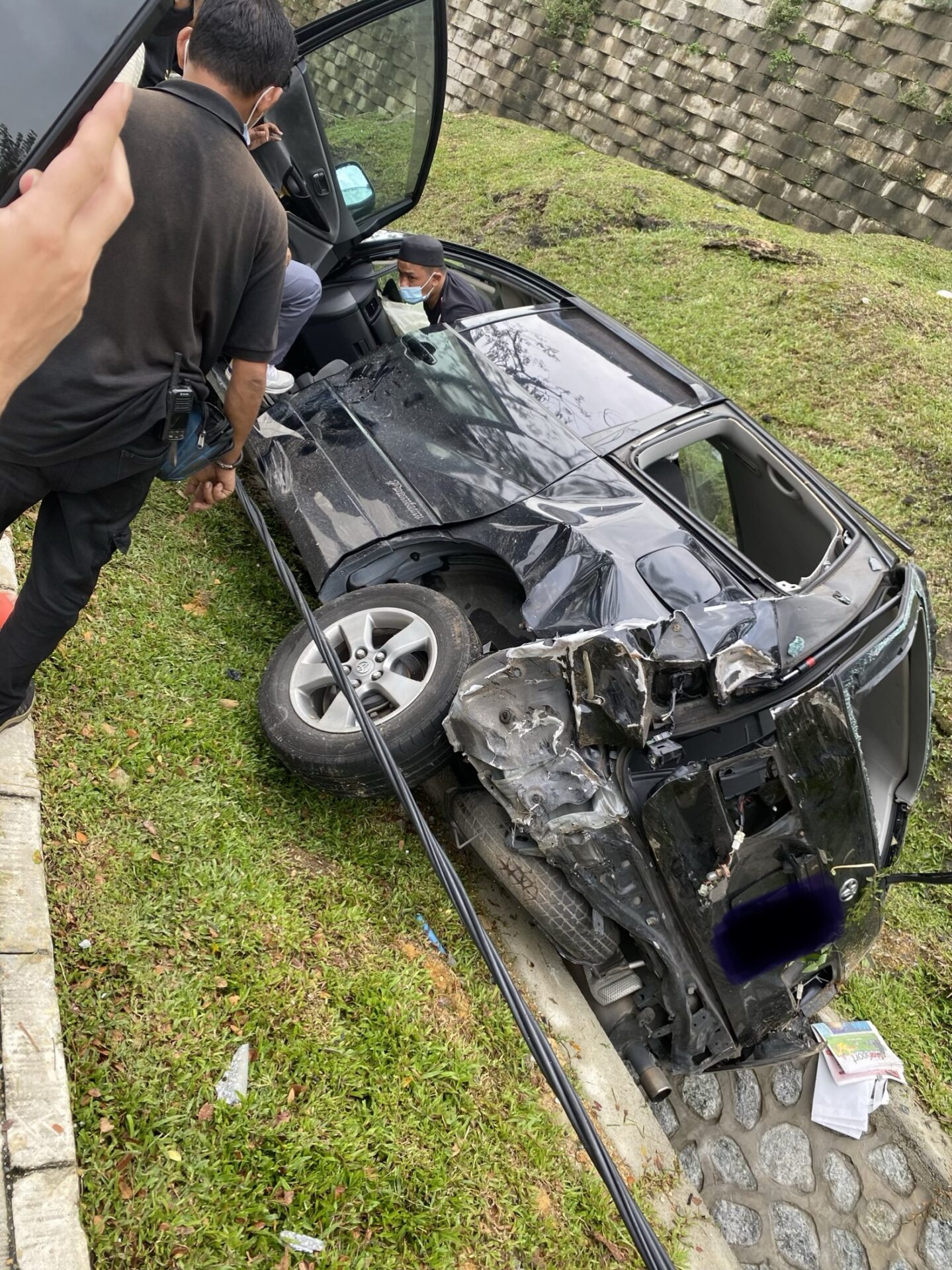 Then, with all my strength, I yanked my fingers from the very small gap and regained full use of my fingers. I was only there for a few minutes and had no idea what had just happened. I was still trying to process how everything had happened in just a matter of seconds.

Within 10 minutes, a young man approached and extended his hand to me. I held it, drew myself out with my long legs, and oh my gosh, I came out safely.

I took a deep breath, checked my fingers, moved it, and thankfully everything was fine and okay. I immediately called my sons and husband and said, “I just met with an accident.” And the rest, as they say, is history.

I didn’t have a single scratch on me, believe it or not. Even the cops were taken aback because this location has claimed many lives over the years, and I was fortunate enough to be standing tall and brave. 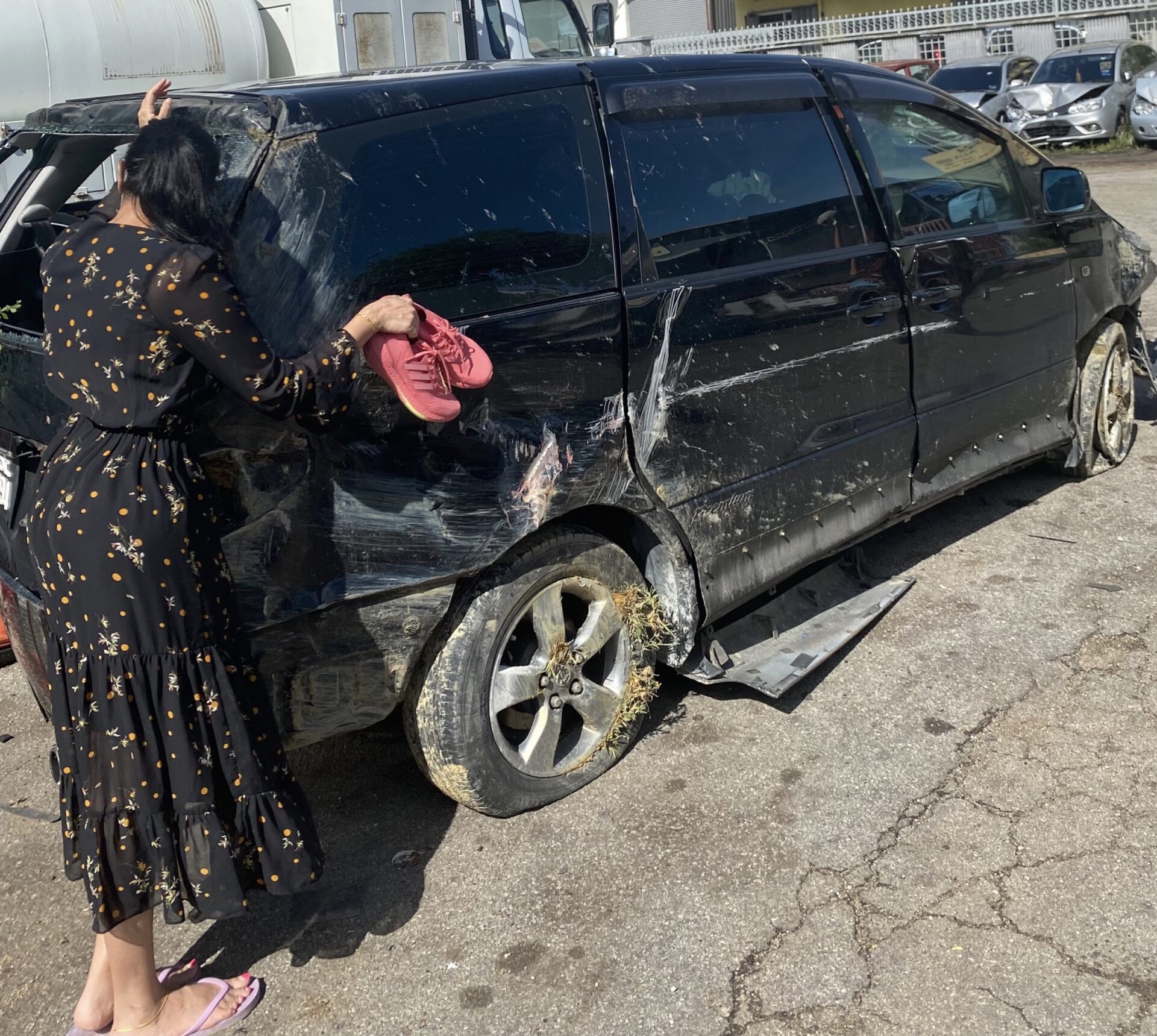 Nonetheless, I am grateful to GOD for once again sparing my life. This isn’t the first time a gambling with death incident that I had encountered upon. This is my third near-death experience.

I had a similar experience in 2008 in the Bukit Antarabangsa landslide, which was followed by a superbike accident in which I needed 13 stitches on my scalp.

Even though I am grateful to be alive, it was difficult to say goodbye to my black baby (MPV). We shared so many sentiments together. We cried and laughed together. Her steering was my support for my head to rest whenever I needed and now she is no more, as she saved my life.

My black baby, you will be sorely missed! You showed me the true meaning of the phrase “Old is Gold.” Thank you for accompanying me on this journey.

*Do you have any life-changing stories you would like to share with us.. drop us an email at [email protected] #varnamcommunity

Many people may have come across a video of a man suffocating by the side of the road while a...

Vishnu Vishal’s Next is Mohandas

Vishnu Vishal, who is upbeat about his upcoming flick FIR, has signed a new film titled Mohandas. He made the...