Let's hear him spill the beans on his future collaboration with Malaysian artistes.

There is no introduction needed for Tesher’s famous groove, Jalebi Baby. It was a worldwide smash hit, with over 100 million combined global streams to date.

This song, which is a riff on the traditional Indian dessert jalebi, was first released in 2020. The song quickly became a viral sensation, topping the Shazam charts in 25+ countries and inspiring millions of videos across social media platforms thanks to its incredibly catchy chorus, an effortless blend of English and Punjabi lyrics, and Latin-flavoured production.

Varnam Malaysia had the opportunity to e-meet the multilingual rapper, Tesher, and ask him a few questions about his release and the unexpected collaboration with Jason Derulo, thanks to the massive success of ‘Jalebi Baby.’ 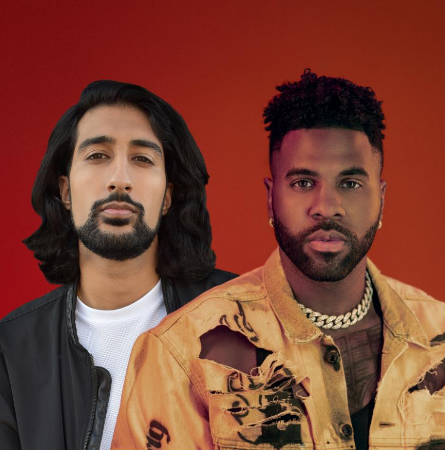 Tesher: Well, honestly, Jalebi is very sweet and very sticky and it just reminded me of something that I was making the song about. So I would leave that train of thought there, BUT ‘Jalebi’ rhymes with ‘baby’. That is the simple answer for you. Gulab Jamun baby doesn’t have the same ring to it. Ras malai baby doesn’t really work but jalebi baby – you got something going on there. It’s mostly because it just sounded good in the song!

Whatever was going to be the best for the melody and make the most fun and catchy tune –  JELEBI was incepted.

Varnam: Tell me more about how you married Salsa, Reggaeton, Arabic possibly, into an R&B track. Is that all those years of mashups that brought you to Jalebi baby?

Tesher: Those years of remixing, Bollywood songs, AR Rahman songs, with just English hip-hop tracks and pop songs that I listen to growing up in Canada help you learn how these different vibes are going to go with each other. And now, years later, when it comes to me making my original productions, it’s a little bit easier and quicker for me to come up with ways to make those sounds mashed together without having to clash. Because a lot of times, when you try to combine cultures it does really work – it kinda sounds out of place. I think the years of mash-ups and remixes have trained me to make it all sound harmonious together.

You just have to make sure you do it in a very tasteful way and do it the best way possible. I’d like to see the previous years of me doing remixes taught me how to do it and then when it came to Jalebi Baby, I understood it to a point where I could mess with it. They say you have to learn the rules before you break them. So, I learned the rules and then I got to a point where I could experiment and try new things. And that led me to something like Jalebi Baby which is something new and unique that people haven’t really been exposed to before. 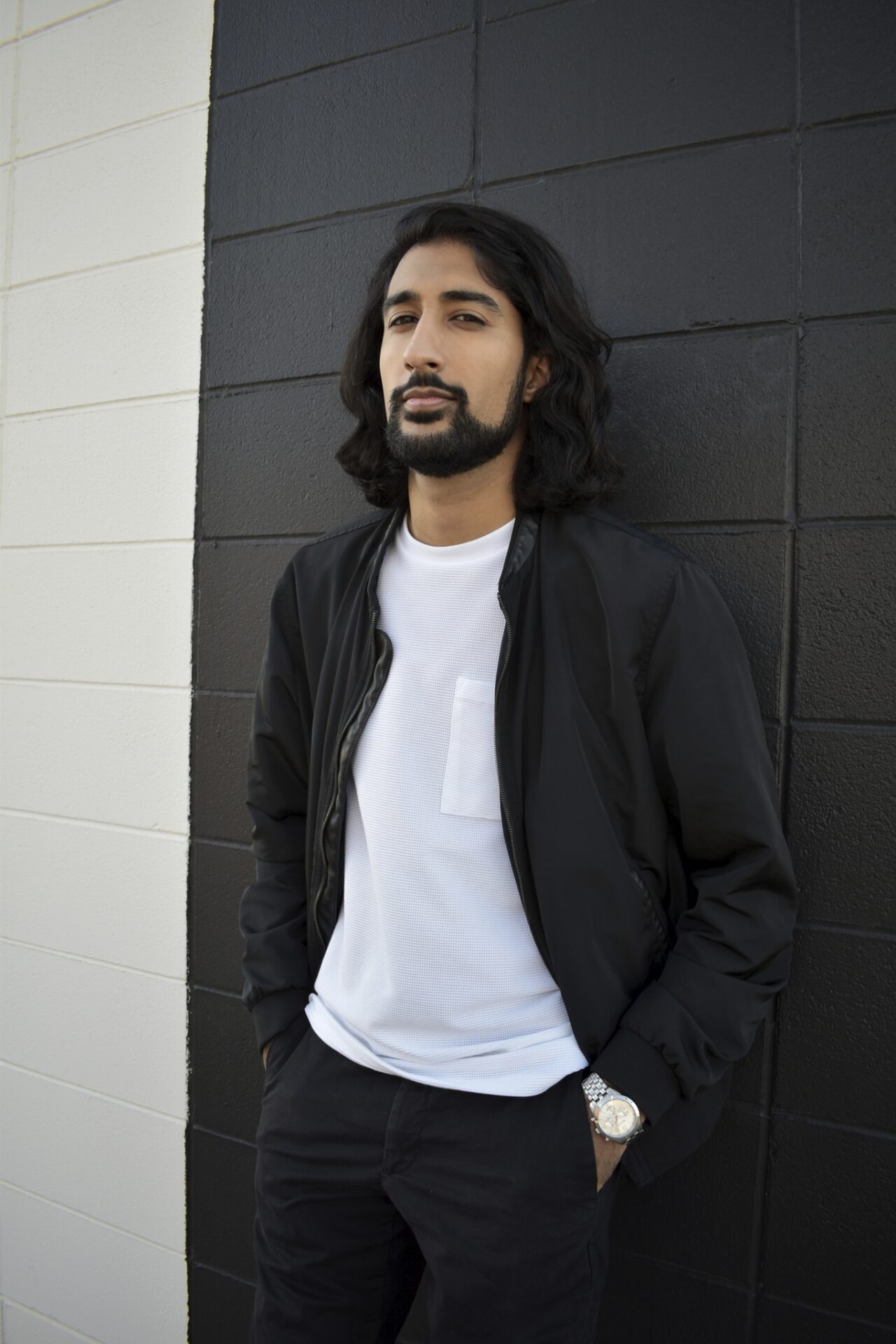 Varnam: How long was the whole production process of ‘Jalebi Baby’?

Tesher: The beat to Jalebi Baby was added to the core in one to two weeks. It’s just me on and off, just having fun with it but it didn’t really take me very long. For me, the key is to start with the melody and the song based on with salsa melody. So, once I have the salsa melody, things kind of came around there and then I can build from there. So, that’s the hardest part – you have to make sure that’s good. If the foundation of the house isn’t good, it’s all going to crumble.

But the track took two weeks in total to make and then different versions and remixes we did afterwards were iterates of work that took time and a lot of effort.

Varnam: Lyft & Zomato in the video. How did that happen? How much product placement & digital marketing means to you personally?

Tesher: I think, for me, it is just important to make sure that it doesn’t go against or take you out of an experience where it’s so obvious. When it came to the decision to have Lyft and Zomato, the team pitched to me for what we could include in the video and the way they told me how they want to do it, I thought it works! I need to get to the function, if I’m just coming on a bike, it makes sense – Oh..my jalebis fell on the ground and I was so into the girl and somebody came to deliver it because we didn’t have any. It makes sense within the story.

So, at that point it’s good. And on doing things that can ruin your own image or your own identity – I’ve been offered a tobacco brand before but I said no because I don’t smoke, I don’t do anything like that so it would be weird if I did it to be honest because everybody knows I don’t do that. So why am I putting my name behind something?

I think with product placement, you just got to make sure that it just makes sense and it doesn’t look awkward. I think with the Lyft and Zomato, people loved it. I don’t think that an artist has asked about the product placement in the video, as much as this one but that’s just the genius of the team and the people obviously responded and it ended up helping the video, Zomato and Lyft as well. So, you just got to do it the right way. 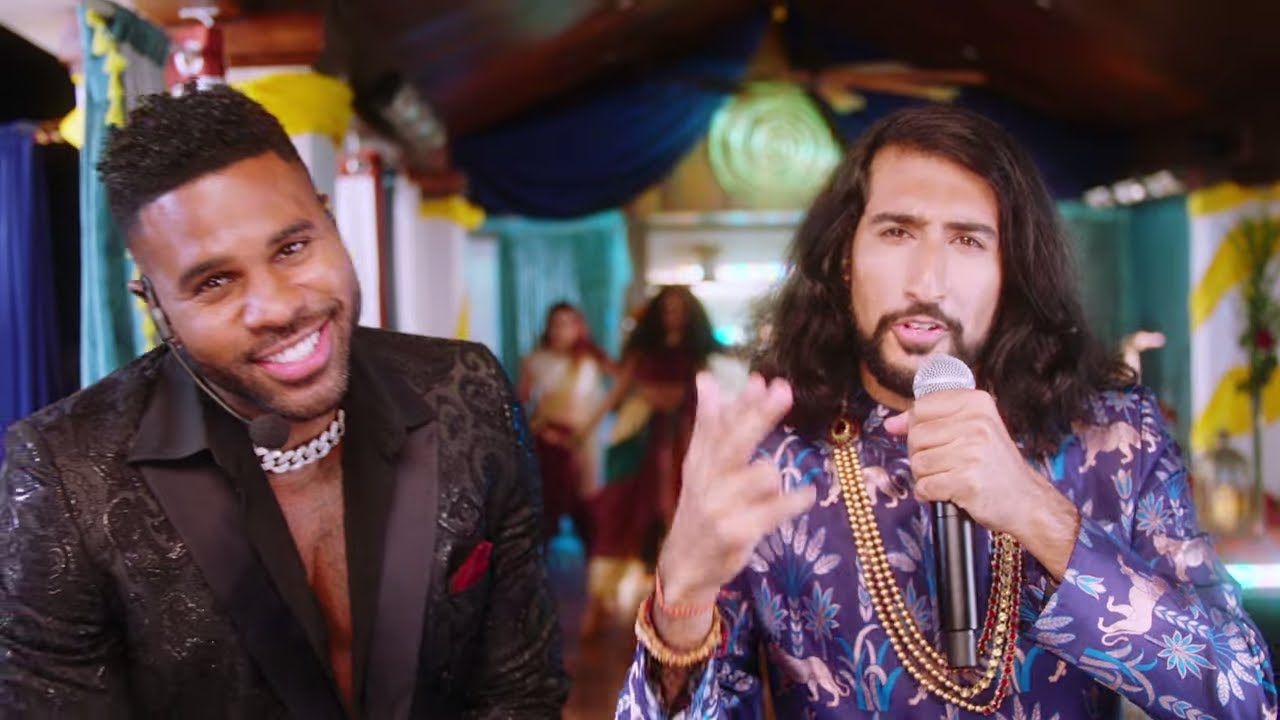 Varnam: How did the Jason Derulo partnership come about? From what I hear, it’s about Jilebi baby, the song itself blowing up on TikTok, he spots it and gets you on the next flight out to California. More on that, please.

Tesher: What actually happened is, he found the song and he reached out to me. I think he found it using Shazam actually not even Tik Tok. Because, the song was ranked number one in a bunch of countries on the Shazam chart as everybody wanted to find out what the song was and he probably found out the song looking at the charts.

So he reached out to me and he wanted to get involved in the song but because of COVID we had to do it remotely. At that time, in Canada and US, travelling wasn’t really allowed and it was not safe. So we were just working on things via WhatsApp and Zoom and doing it that way. It was only after we did the full record, we dropped the record that I got to go to California. But when I came to California and started prepping for the music video then I got to go to his house and meet him, see the studio he recorded in. We spent a lot of time  after that.

But when we actually recorded the song, it was all digital over the internet.

Varnam: Are there any possibilities of you collaborating with Malaysian artistes here?

Tesher: Of course. Honestly, I am not too up to date on Malaysian music but I know you guys have energetic music. And any place where there’s energetic music or just fun music, I am ready to go there. I always want to involve as many cultures in my music because I think it keeps getting exciting and people are always looking for something new and something different. It also allows people to build their taste, and get to know more sounds.

Now, because of ‘Jalebi baby’ we have a Bollywood inspired song in the mainstream radio all over the world. That’s fantastic! It would be great to have the same thing with Malaysian artistes one day as well. It obviously is possible, if I had that big break, this collaboration is certainly a given. I would love to work with Malaysian artistes or incorporate Malaysian sounds into my music at some point. I think I got to do my research first though.

The key is not only have these collaborations but to have them expand and pass their target audience. I think that’s really the best moment when you have a song that is two worlds coming together, but the whole world knows it. That’s what I always love to see. The fact that, we have Jason who is a huge pop-star in America and his primary audience is the mainstream American audience and Me, being a Canadian Indian Artist and having my fans who comprise of just Indians, but the song instead is being enjoyed by people in Africa and Turkey, places that we don’t have any personal connections to. I think that’s the best thing that happens. His Canadian upbringing and Indian heritage have inspired him to create genre-defying, energetic music that speaks to audiences beyond his dual identity. Tesher, like previous K-Pop and Latin acts, authentically bridges the cultural divide through his innovative music, owning the narrative and his South Asian identity.

His success with ‘Jalebi Baby’ did not come easy, as he had to overcome a number of other challenges during his years of independently uploading his music to YouTube and Soundcloud.

His fans are eagerly awaiting more of his exquisite upbeat tracks now that ‘Jalebi Baby’ has become a sensational hit!

CLICK BELOW TO WATCH THE FULL INTERVIEW WITH TESHER