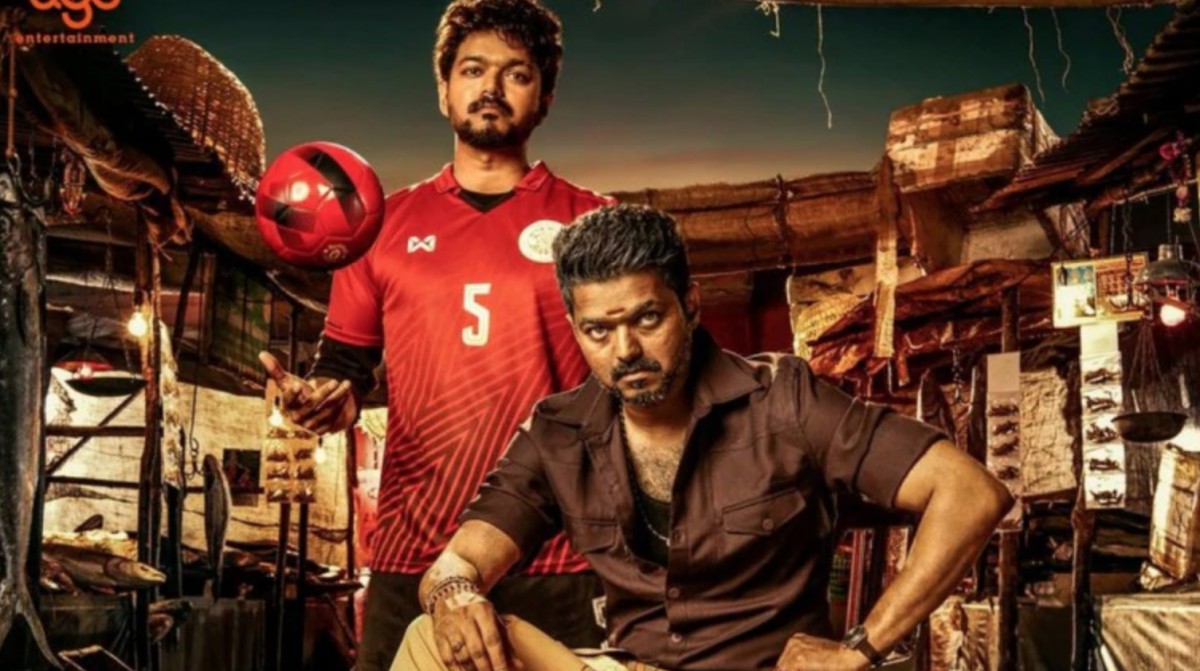 Titled Bigil, the poster shows Vijay in two get-ups, one an elderly man in a veshti and shirt, and the other a young footballer.

The two of them strike a pose in what looks like a fish market, with the older man looking grim and menacing.

Directed by Atlee, the film is described to be a “sports action thriller” and also has Nayanthara in the lead. Others in the cast include Jackie Shroff, Kathir, Vivek, Daniel Balaji, Varsha Bollamma, Anandraj and others.

Bigil is expected to release for Deepavali 2019. The last two Deepavalis have also belonged to Vijay, with Mersal and Sarkar setting the box-office on fire.

The film has music by AR Rahman; so do expect some really good music!

This is Vijay’s third collaboration with Atlee, the first two being Theri and Mersal. The poster of Bigil was released on June 21, a day ahead of Vijay’s birthday.

Vijay’s next film, tentatively titled Thalapathy 64, is reportedly being directed by Lokesh Kanagaraj.

More updates about this project may be revealed on Vijay’s birthday on Saturday.