Opinion: Jyothika Fails To Impress As A Badass Cop In Naachiyaar 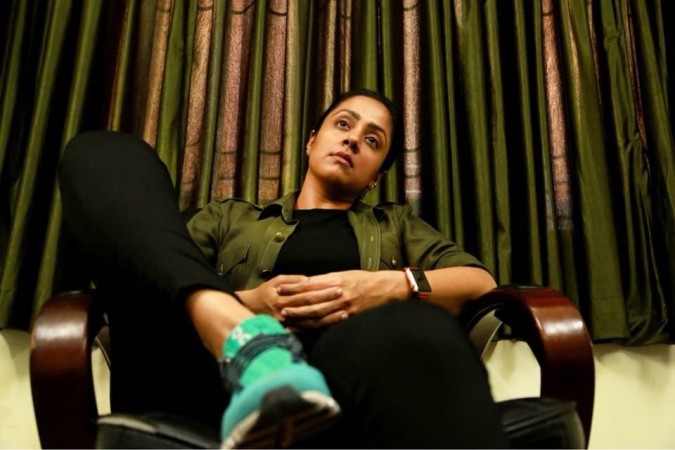 Naachiyaar is a movie that I have been waiting for my whole life. I grew up coveting strong female leads in Tamil movies.

I’ve had enough of Tamil cinema portraying women as helpless girlfriends-cum-arm-candies who stand by and watch while the hero fights off the bad guys. Why don’t we have our own Lara Croft? Katniss Everdeen? General Organa?

We need more characters like Arundhati and Sivagami (Baahubali) in Tamil cinema, strong female icons for women to look up to.

So naturally when I watched the trailer for Naachiyaar, I felt shivers down my spine. The shivers doubled and I trembled in excitement when I learned that Bala is directing the movie. It was as though Bala heard my gripes and decided to make my ultimate fantasy come true. A cop movie, with Jyothika playing the leading role, going after the bad guys?

YES, THIS IS WHAT I LIVE FOR!

Perhaps I set my expectations too high, or perhaps I got carried away by the idea of a female cop movie and had a completely different picture in my head – because the movie turned out to be, well, different.

Instead of Jyothika being the focal point of the movie, it is actually GV Prakash Kumar’s Kaathavarayan (Kaathu) and his relationship with Ivana’s Arasi that is the focus of the movie. Two uneducated juveniles who engage in premarital sex, have a baby out of wedlock, and Kaathu now faces rape charges even though the sex was consensual. Arasi bawls her eyes out as she watches Kaathu being dragged away by the police.

I love that the film talks about rape and sex, but I wish it didn’t take the focus away from Jyothika. We spend too much time dwelling in the romance between Kaathu and Arasi.

It has to be said that GV Prakash Kumar’s performance in Naachiyaar is probably the finest of his career. He effortlessly slips into the character of a slum dog, his accent and persona in the film is a delight to watch. In fact, if I didn’t know any better, I would have assumed that it was a new actor making his debut, just like Ivana.

Jyothika’s Naachiyar… well, I have a few problems with her character. Before that, let me just say that this is a huge HUGE step for Tamil cinema. A female actress helming an entire action-packed movie, complete with car-chases, fight scenes, and a never-give-up, badass attitude is literally my dream come true.

However, how Bala handles Naachiyaar is a bit of a let down. Jyothika is a fantastic actress, but all she seems to do in this movie is just scream, shout, and whack the bad guys – pretty much like what Suriya did in all 3 Singam movies.

At certain point of the movie, I wondered if Jyothika realise that this is not Chandramukhi. This isn’t a movie about being possessed by a ghost that was locked up for 150 years, looking for revenge. This is a cop movie. The predominant way that Jyothika seemed to express her fearless-cop persona is by unceasing grunts and moans. Other than that, it’s mostly just her frowning and being angry.

Naachiyaar is also seen to be constantly hanging her perps upside down and beating the hell out of them, sometimes without even conducting a proper investigation. She turns off surveillance cameras so she can beat up her suspect, and tells her subordinate to slap a lady who interrupted her interrogation.

I’m honestly not sure how to feel about these scenes. Does Bala expect women to feel empowered because Naachiyaar is aggressive and short-tempered? Does he realise that police in Tamil Nadu have been strictly told not to resort to violence when investigating a case? 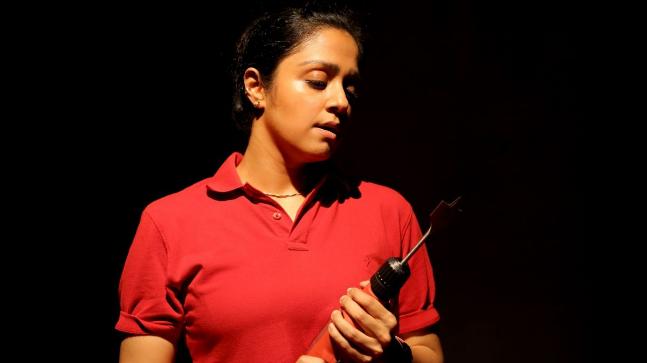 There are a hundred different ways to be a strong and powerful woman, and it doesn’t have to be portrayed via bad temper and constant yelling.

However, what I do admire about Naachiyaar is that when she puts her mind to something, nothing will get in her way of doing it. She doesn’t solve cases for the sake of promotion or publicity, she does it because deep down inside, she has a gracious heart. She doesn’t play by the rules. She forges her own path and will do anything to fork out the truth and bring culprits to justice.

Naachiyaar is a movie that was destined to be something bigger, but falls short. It has an OK storyline, peppered with fine performances from GV Prakash Kumar and Ivana. In my opinion, Jyothika tries too hard and fails to nail her character.

As for Bala, this isn’t his best work, but I’d like to give him a standing ovation for broaching pre-marital sex and rape concerns, and for making a cop movie with a female lead.

P.S I can’t help but to think that maybe Anushka would have been a better option for the role. What do you guys think?