After getting us High On Love, Yuvan Shankar Raaja is now ready to blow our minds with his Your First Love concert happening in Expo, Singapore on the 13th of July.

The talented composer-singer-film producer will be making his way back to our region after 7 years, heading to Singapore for his first ever concert there. His last concert in the region was in Kuala Lumpur in 2012. This time round, Yuvan will be joined by Haricharan, Andrea Jeremiah and Rahul Nambiar on stage. 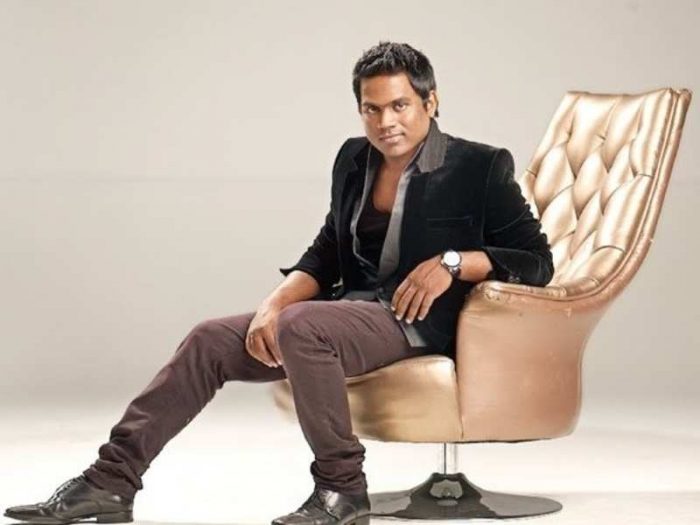 Sargam – Music In Heaven are the organizers of Yuvan’s Your First Love, helmed by partners Jeevan and Thinesh. We speak to Jeevan about Yuvan’s show, “We wanted to host Yuvan because he hasn’t had his own concert in Singapore. He has also made a comeback of sorts with his latest hits such as Rowdy Baby and High On Love,”

When asked why Andrea, Haricharan and Rahul were chosen to accompany him, Jeevan says, “In all honesty, the singers were handpicked by Yuvan himself. He had a vision on how he wanted to execute the Your First Love themed concert,”

Sargam may appear to be new on the Singapore Indian concert stage. Jeevan reveals that Sargam is an exhilarating collaboration between two of the best Singaporean concert organizers, JigZaw Productions and Sarvesh Festival of Arts. The company has now become a household brand in the Singapore entertainment industry.

Sargam just sold out TWO Hariharan concerts in March. The singer had two separate concerts in Hindi and Tamil to cater to both languages. Very well thought out, Sargam!

According to Jeevan, Yuvan’s Your First Love tickets are selling fast too.

To the Andrea fans, Jeevan promises a completely different experience from her show in Kuala Lumpur last year. “Andrea will be performing alongside Yuvan, Haricharan and Rahul Nambiar. She will be singing Yuvan’s love tunes, and it’s going to be as good as last year’s KL show, if not better!” Jeevan gushes.

“There will also be a few other surprise singers from Yuvan’s end which the audience can look forward to,” Jeevan tells us that the concert will feature both Indian and Singaporean singers, and the opener will be Singapore’s own Stephen Zechariah.

Your First Love will also include numerous medleys and mashups, as well as group performances that include the all lead singers spanning the four hour concert.

“Yuvan’s love songs have a common trait – they are hard hitting, emotional numbers. But don’t think this is going to be a mellow concert!” Jeevan promises that it will have elements of a rock concert. There’s even a mosh pit for the audience to enjoy. “It will be full of love!” he promises.

Yuvan Shankar Raaja’s Your First Love Concert will be held in Hall 3, Expo 1, Expo Drive, Singapore on the 13th of July. To secure your tickets, click here or call or WhatsApp +65 9185 2251