Watch Siddharth’s Promo Video As ‘Simba’ From The Tamil Version Of ‘The Lion King’! 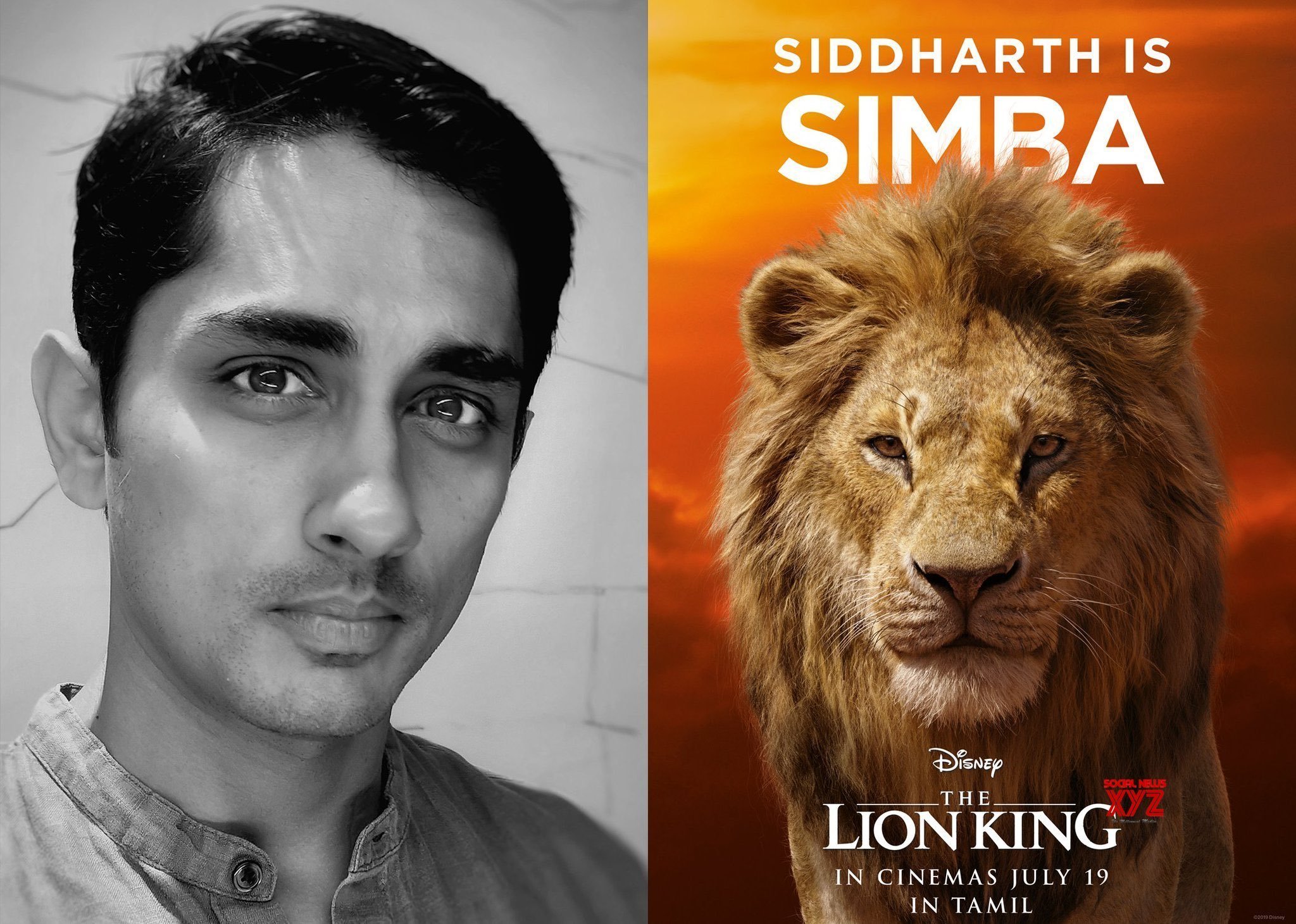 The remake of Disney’s 1990s animation classic ‘The Lion King’ has been on the trending charts for some time now and will be dubbed in Tamil, Telugu and Hindi.

Now the latest update is that actor Siddharth who will be the voice the protagonist character Simba, has been busy lately and the Walt Disney Studios posted a video of Siddharth dubbing for the Tamil version.

Many Tamil actors apart from Siddharth, have lent their voices for the Tamil dubbed version.

Among those is Arvind Swamy who will voice the villain Scar, Manobala as Zazu the hornbill, Aishwarya Rajesh as Simba’s love interest Nala, and Robo Shankar as Pumbaa.

Previously Disney had also posted a video of Nani who will be the voice of Simba in Telugu – dubbing at the studios too. Earlier this week, a video of Shah Rukh Khan dubbing to give voice to Simba’s father Mufasa was released.

It is reported that the movie is the second-best pre-release-seller in the industry this year and it is estimated that the film would gross $150–170 million even before its premiere.

The remastered version of ‘The Lion King’ will hit the screens worldwide on July 19.