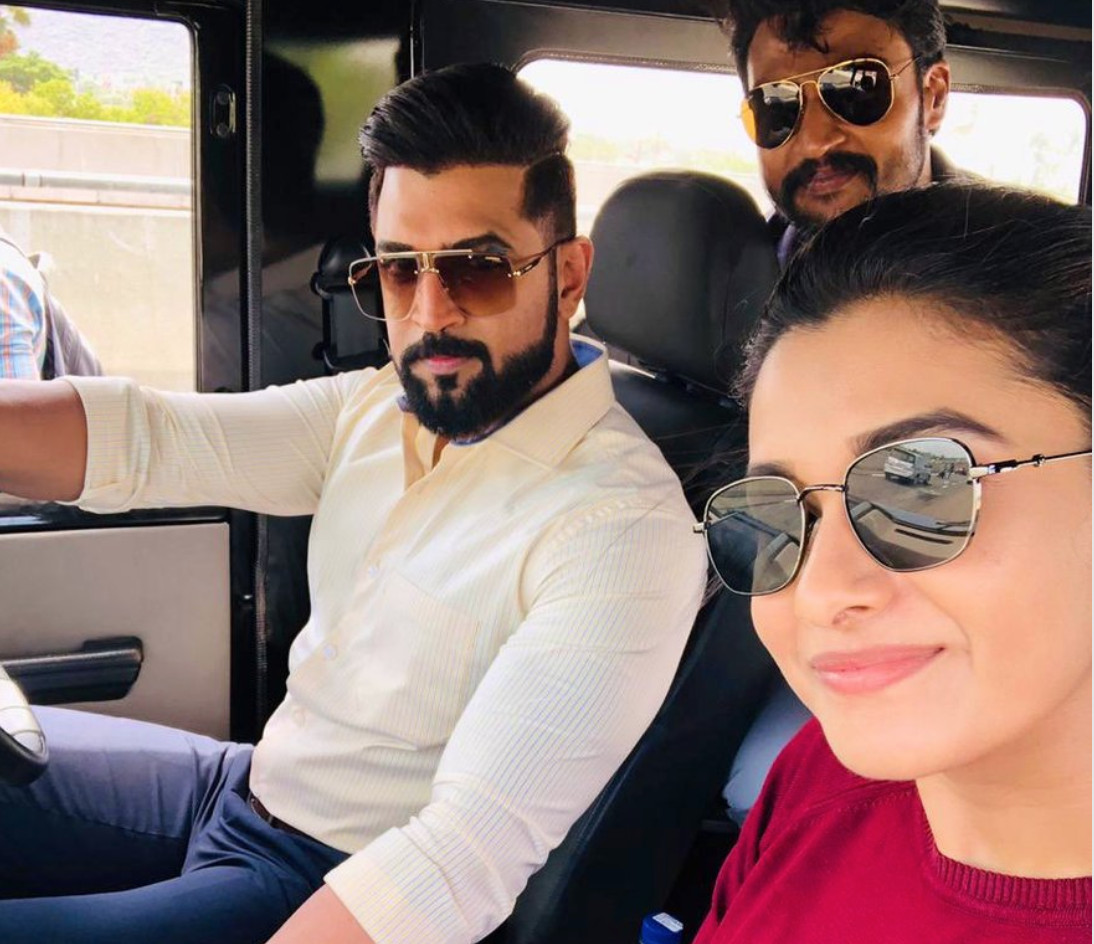 Arun Vijay has enjoyed success at the box office with his recent releases Chekka Chivantha Vaanam and Thadam.

Arun Vijay was praised by his fans for picking good scripts and the actor has promised to impress people with his story selection in future. Arun Vijay who is currently working with Karthick Naren of Dhuruvangal Pathinaaru (D16) fame for his next film titled Mafia shared a picture of him and female lead Priya Bhavani Shankar.

He posted, ‘Busy day shooting ?? on the move for #MAFIA!! @priyabhavanishankar @karthicknaren_M #sunnyday? (sic)’ Going by the picture and what he said, the shooting seems to be progressing at a brisk pace.

The film has Prasanna of Anjathe fame playing the antagonist. Lyca Productions is bankrolling the film.
Arun Vijay is also working on Boxer directed by Vivek. Boxer has Arun playing a MMA artist and has Ritika Singh and Sanjjanaa Galrani playing important roles.