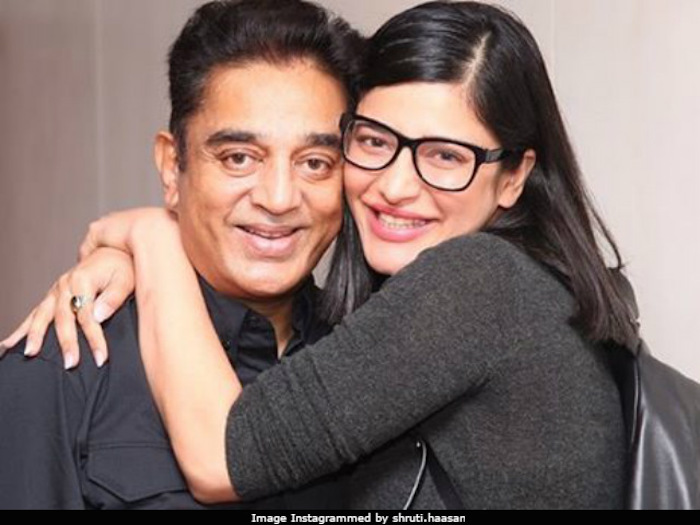 One particular message that stood out was from his daughter, Shruti Haasan. The 32-year-old actress took to her official Twitter account to confess how proud she is of her father and his new political career. She also wished him all the best in his new venture.

“Wishing my dear father all the success on his first step of a million more towards change and political reform – to quote your favourite Mahatma Gandhi ‘be the change you wish to see in the world’.” Shruti Haasan tweeted.

“I’m certain your determination and perseverance towards truth and justice we have witnessed in our family, will now be seen by everyone in our wonderful home of Tamil Nadu.” the tweet read.

“A proud moment as my dearest bapuji Kamal Haasan… has announced Makkal Needhi Maiam. My father has taught me, progress is an individual journey and great progress occurs with the unity of people who take responsibility for the future of our society. Love you bapuji.” Akshara said.