Sollividava: Arjun Should Just Accept The Fact That His Daughter Cannot Act 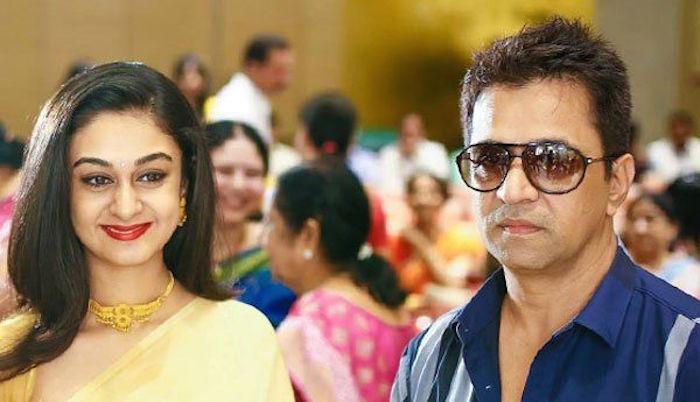 There wasn’t much hype for Sollividava when it was announced, and I was very surprised. The movie is directed by Action King Arjun and his daughter Aishwarya is starring in a leading role. Sounds like it’s going to be a pretty good movie, doesn’t it? Well, I was wrong.  In fact, I have never been more wrong about anything in my entire life.

Here are a few reasons why I think Sollividava should have never made it to the theaters:

I had high hopes for the movie for two reasons: 1) Because Aishwarya is the daughter of the Action King 2) Because I didn’t watch Patthathu Yaanai (Aishwarya’s only other movie)

And here’s what I learned from the movie: Just because someone’s father is a fantastic actor, it doesn’t mean they can act. I guess not everyone can be Shruti Haasan. Also, make sure to watch their only other movie first so you know not to get your hopes up.

While Aishwarya Arjun excels in dancing, her acting and delivery of dialogues were painful to watch. I don’t know if she speaks Tamil, but delivery didn’t feel natural. Perhaps that could be blamed on the screenplay, but she doesn’t command attention with her screen presence anyway. She mostly tries to bank in on her cuteness. She probably needs more time and experience – this is only her second movie – but perhaps acting is just not her forte? 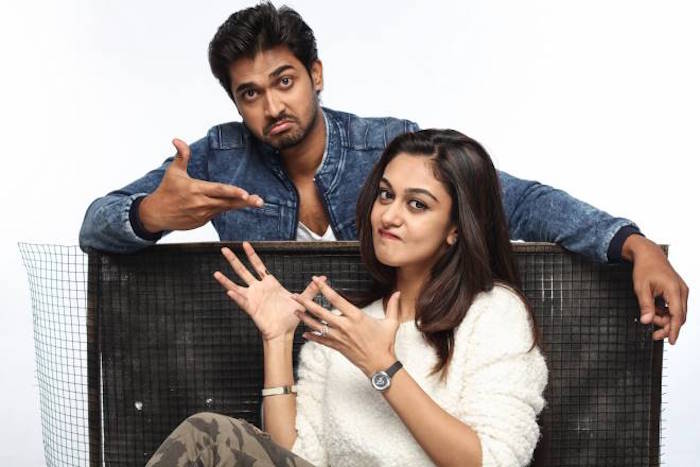 2) Arjun may be a great actor and director, but he probably shouldn’t write

For a movie that deems itself to be a war movie, Sollividava spends way too much time on unnecessary scenes before we even hear any mention of the war. Madhu (Aishwarya) is introduced through a scene at a gym – where she is doing classical dance with her hair flying. Perhaps she could be introduced in a scene where she is winning an award for her writing prowess, because she is, after all, a hardworking journalist. But no – why showcase a woman’s brains and ability when you can focus on her beauty? And it is disappointing that this scene was directed by her own father.

After that, we spend way too much time learning about her bond with her grandfather and her aunt – all of which contributes zilch to the plot of the movie.

Sollividava is also saturated with Tamil movie cliches. In fact, if there was an award for the most cliched Tamil movie ever, Sollividava will win it.

While we low-key (but hopelessly) wait for Tamil movies to be more progressive, this movie takes three steps backwards. And as someone who grew up watching Arjun on screen, it’s hard to believe that someone of his calibre wrote and directed this movie.

The film is basically about two journalists who fall in love during an assignment to cover the Kargil War. Here, Arjun is confused whether he wants to make this movie about the war, or about love. If he says it’s about the war, then he’s just lying to our faces.

Instead of giving us any backstory or implications of the Kargil War, the movie solely focuses on Sanjay and Madhu – two headstrong journalists who are falling in love with each other and won’t admit it. Both still won’t admit that they’re in love with each other. Prakash Raj makes a cameo appearance and talk about how you should always tell people what you feel, because his son died in the war and he never did tell his son how proud he was of him.

Madhu’s fiance (yeah she was engaged the whole time) conveniently turned out to be a playboy. She calls off her engagement and runs in slow-mo toward Sanjay.

There, I saved you 13 bucks and 3 hours of your life. You can use that money to watch Kalakalappu 2 instead.

3) There were only two memorable moments in the movie

The only time I fought the urge to walk out of the cinema was during the “Jai Hanumantha” song, and I thought I heard S.P. Bala’s voice. Arjun also made a cameo in this song, and his screen presence was the only redeemable thing about the movie. He also appeared for a few seconds towards the end of the movie, which gave me the same feeling as when I see Stan Lee in Marvel movies. 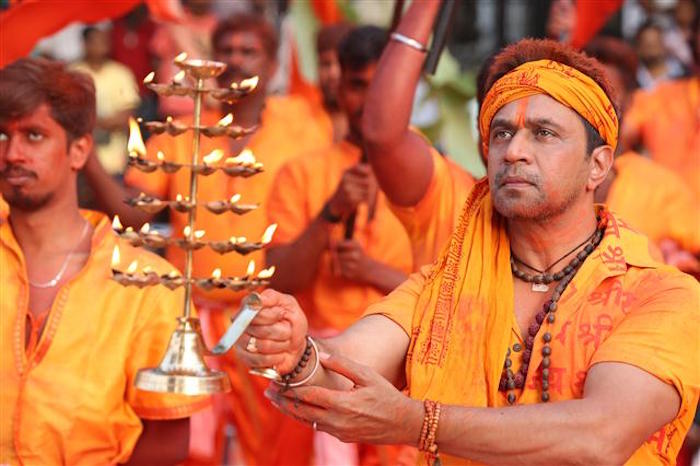 Aside from that, nothing about the movie is particularly worth remembering. In fact, this is a great movie to watch if you don’t like someone and want to put them through 3 hours of cliched dialogues and painful acting.

Verdict : As Simon Cowell would say on American Idol, “It’s a ‘No’ from me.”