From A Film Star To CM; The First Look Of ‘Thalaivi’ Is Out! 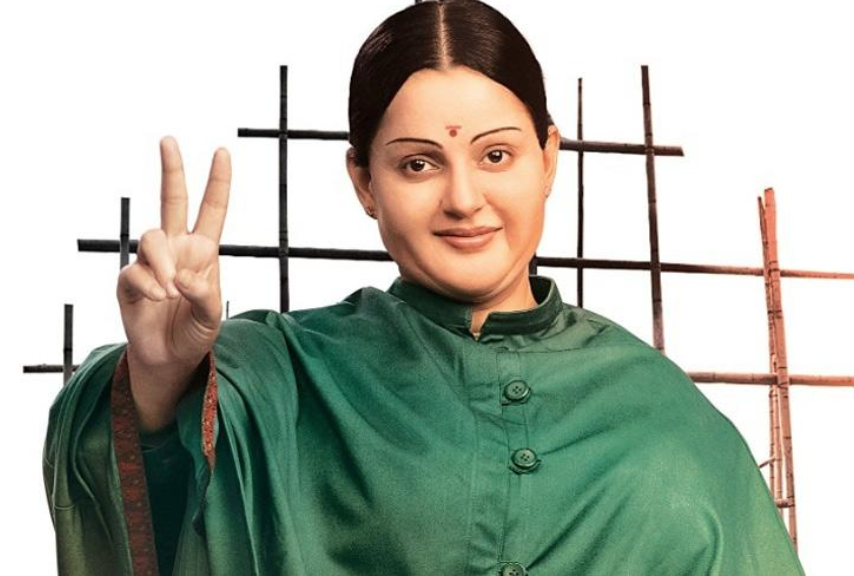 Posted by the protagonist Kangana Ranaut herself, the pictures and a teaser come in the midst of an ongoing legal battle the director is facing in the Madras High Court. This after Jayalalithaa’s niece J Deepa opposed its making citing privacy concerns.

In the first look poster of Thalaivi, Kangana is hardly recognizable in her avatar as Jayalalithaa. She is seen in green attire, characteristic of the former AIADMK chief, with her hand held high to depict the party’s two leaf symbol.

Thalaivi is one of two film that are slated to be released on the former Chief Minister, with Nithya Menen starring as Jayalalithaa in the other movie.

The niece of former Chief Minister has however approached the Madras High Court seeking to restrain the release of two biopics on her aunt’s life. The films she has named include Thalaivi and a web series directed by Gautham Menon, titled Queen and starring Ramya Krishnan.

The feature film in the works is directed by AL Vijay. Titled Thalaivi in Tamil and Jaya in Hindi, the film will have Bollywood actor Kangna Ranaut in the lead. The web series, on the other hand, directed by Gautham Menon, is titled Queen and stars Ramya Krishnan. Deepa wanted the entire script to be submitted to her and that her explicit permission be required to make the both film and series. She quoted privacy as a concern in court.

Thalaivi will be Kangana’s second tamil film following the 2008 Jayam Ravi film Dhaam Dhoom which was directed by Jeeva.

A L Vijay is the director of this film which is being made in Tamil, Telugu and Hindi. The film is slated to be released on June 26, 2020. K V Vijayendra Prasad who wrote Baahubali and Manikarnika earlier, is the writer of this film as well. Actor Arvind Swamy will be seen in the role of former Chief Minister and Kollywood star M G Ramachandran in this film.

The film is bankrolled by Vishnu Vardhan Induri and Shaailesh R Singh under the banners of Vibri & Karma Media and Entertainment. GV Prakash will be composing the music and Nirav Shah will crank the camera.