Directed by Haran and Shobaan, Metro Maalai is a romantic drama that stars Sathish Kumar, Punitha Shanmugam, Karishma, Kumanavannan and Kay. The film has been produced by Victory Film Production & Drona Films.

Metro Maalai will be showing across nine states in Malaysia. 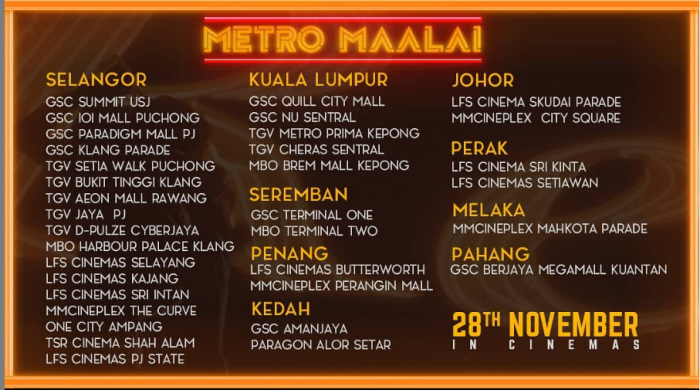 Metro Maalai has received lots of love for the teaser, trailer and songs, with most netizens praising the original tracks, cinematography and editing.

Where will you be watching Metro Maalai?

Check out the showtimes here. Keep up with the happenings of Metro Maalai by following their Instagram account here.