Prem was reportedly calm throughout the match, in spite of his opponent’s home ground advantage at the World Trade Centre in Manila. 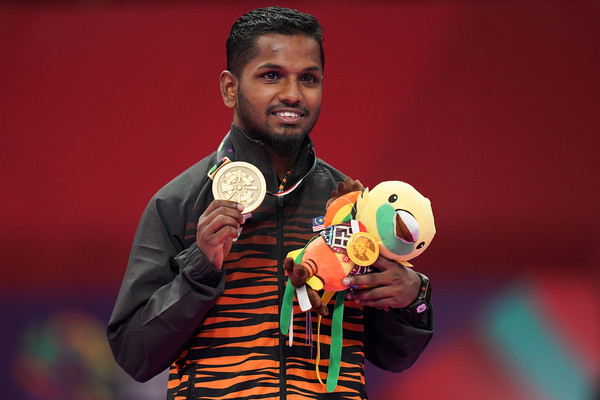 This is the athlete’s first Sea Games gold. “Obviously, I’m very happy. I lost to the same exponent at the 2017 Kuala Lumpur SEA Games. Today (yesterday), I managed to beat him on his own turf,” said Prem.

Prem dedicated his victory to his mentor P. Arivalagan, who is also a former national coach. “I have to thank master Arivalagan for his guidance over the years. Without him, I wouldn’t be here,” Bharatanatyam dancer Madhuri took up karate at her parents R. Poovanesan and S. Gokilawani’s insistence at the age of 10. She is currently enrolled in Bukit Jalil Sports School, in a pre-university programme.

“I am able to reach this level in the sport because of their wise decision,” she revealed in an interview with Bernama. Madhuri emerged as the second Malaysian to be ranked world number one in May this year in the Under-21 category, shortly after winning the Asian Junior Championships silver medal in Sabah in April.

Malaysia now has 37 gold medals at the games in the Philippines.