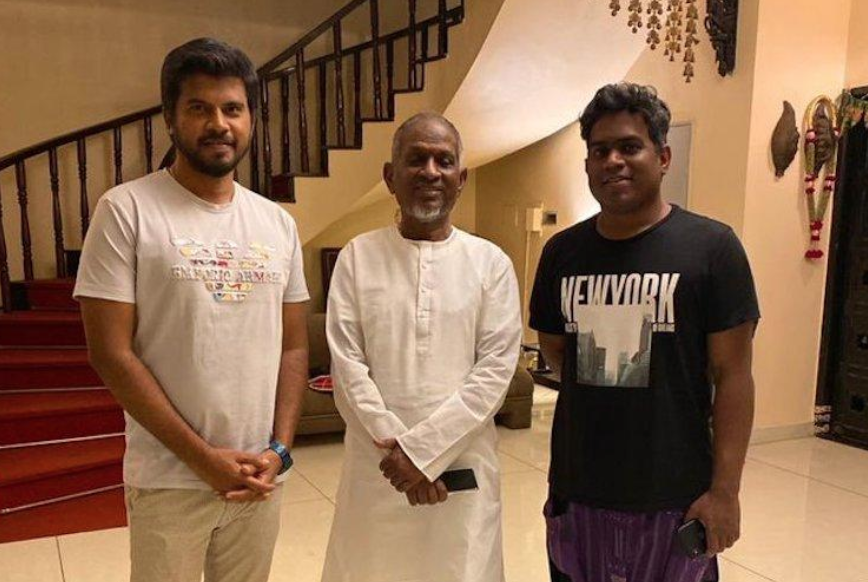 Yuvan Shankar Raja will be working with his father, veteran composer Ilaiyaraaja has crooned a surprise track for the film Hero.

Sharing the news, Yuvan took to Twitter and announced, “Guess what??!! There’s a surprise track in #Hero sung by appa. So happy to have recorded this song with appa.@Psmithran @pavijaypoet @Siva_Kartikeyan @kalyanipriyan @kjr_studios”.

The soundtrack of Hero was launched recently and the film marks his second collaboration with Sivakarthikeyan after Kedi Billa Killadi Ranga. During the audio launch, it was revealed that the film will have an 18-minute sequence for which Yuvan has composed a non-stop background score.

“I’ve done many re-recordings, but for the first time, we’ve done this lengthiest piece – 18-minute score. I think it will be the longest score ever. I don’t know if it’s been done before in India, but this is the longest I know of”.

Guess what??!! There's a surprise track in #Hero sung by appa.. So happy to have recorded this song with appa. @Psmithran @pavijaypoet @Siva_Kartikeyan @kalyanipriyan @kjr_studios pic.twitter.com/Xp9xxM8pwq

Siva also spilled the beans that a sequel of the film is on the cards and the film will turn into a franchise if it becomes a super hit.

The film stars Sivakarthikeyan as a vigilante superhero and it marks the Tamil debut of Kalyani Priyadarshan. The film also has Arjun, Abhay Deol, Ivana and Robo Shankar, in important roles. The film also marks Abhay Deol’s Tamil debut, and he will be playing the main villain role for the first time in his career, while Arjun will be seen as Siva’s mentor. George C Williams and Ruben are in charge of the film’s cinematography and editing respectively.

Bankrolled by KJR Studios, the makers recently promoted the film in a big way, with the Hero symbol lighted up on buildings. The logo of the film has been projected on a Mount Road building and S2 Cinemas in the city.