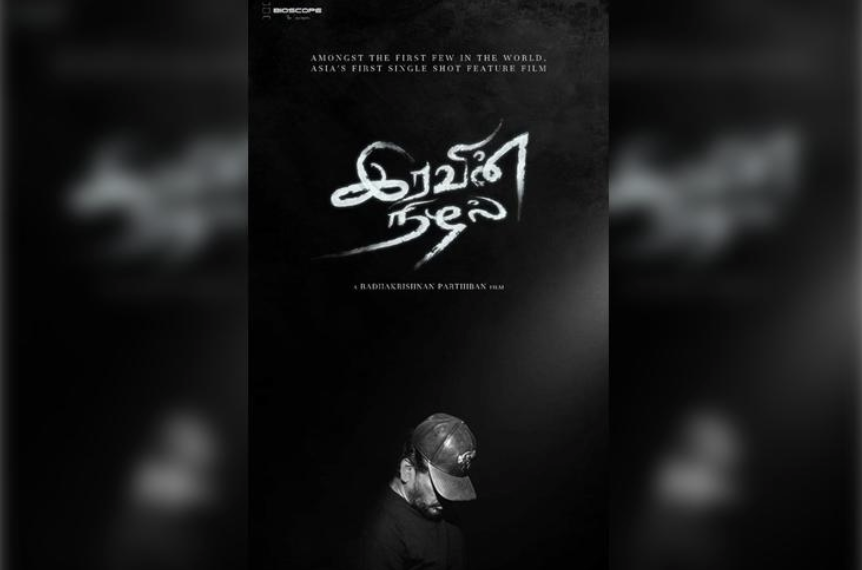 How crazy is that!

Oththa Seruppu Size 7, a film with only one character on the screen, actor and director Parthiban has announced his next, which is again going to be a new experimental venture.

Titled Iravin Nizhal, the film will reportedly be Asia’s first single-shot feature film. The title of the film was released by director Bharathiraja. The film will be produced, written and directed by Parthiban under the banner Bioscope Film Framers.

Parthiban’s Oththa Seruppu Size 7 was critically acclaimed though it did not get enough screens. The film is a novel and brave attempt in narrating a murder mystery through a middle-aged security guard who is interrogated as a murder suspect by the police.The film has a very simple story but a knotted narrative.

Parthiban expected the film to be selected in the Indian entry for the Best International Feature Film at the 92nd Academy Awards, but unfortunately that didn’t happen and Bollywood movie Gully Boy, starring Ranveer Singh, Alia Bhatt, Kalki Koechlin and others, was selected.