SJ Suryah’s Bommai First Look; A Character In Love With A Mannequin! 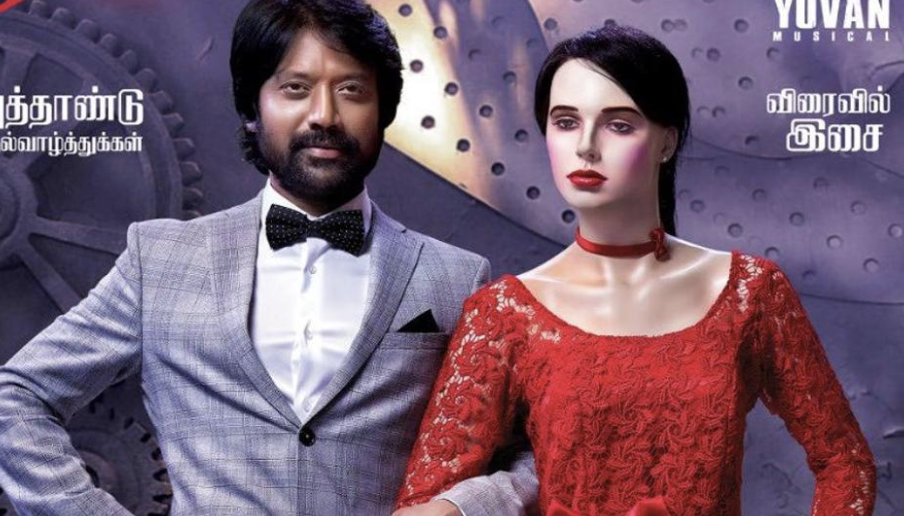 The first look poster of actor SJ Suryah’s upcoming Tamil film Bommai is out! Going by the poster, this will be the story of a man who falls in love with a mannequin.

Is this going to be that ‘kind’ of movie?

The poster features Suryah in a grey suit and arm in arm with a mannequin. There’s also a mystical face in the background of the poster.

The film is directed by Radha Mohan, the film also stars Priya Bhavani Shankar, who has reunited with Suryah after working together in last year’s Tamil creature comedy, Monster.

Tipped to be a family drama, the film will be centered on a father’s search for his missing daughter. Suryah will be seen playing the father and it is rumoured that the daughter’s spirit enters the mannequin and he begins to see his daughter in it.

Last seen playing a character being troubled by a house rat in Monster which went on to click at the box-office; Suryah has pinned high hopes on Bommai. The film marks the maiden collaboration of Radha Mohan and Suryah.