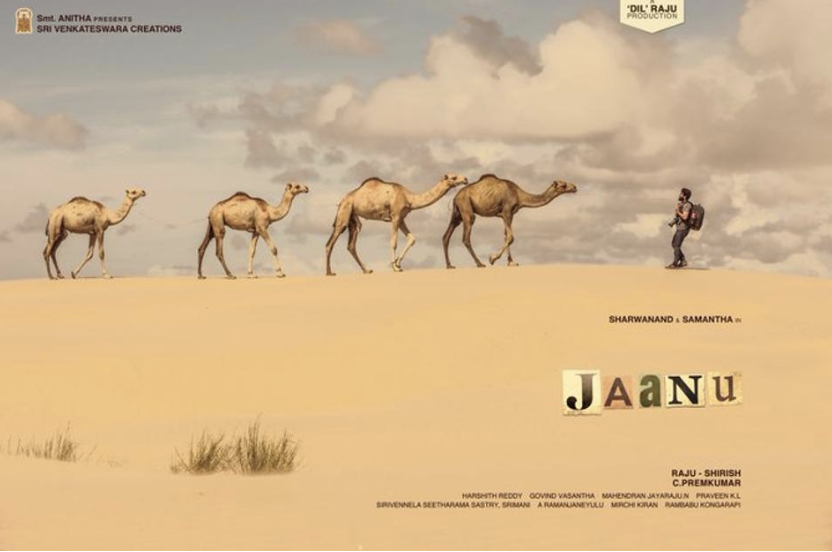 The Telugu remake of Tamil film 96 has been titled Jaanu have revealed the first look poster. The film is directed by Prem Kumar and the film stars Sharwanand and Samantha Akkineni in the lead roles. They reprise roles originally played by Vijay Sethupathi and Trisha.

The Telugu remake is titled after Samantha’s character Janaki aka Jaanu. In August last year, the shoot of Jaanu was stalled for a few months.

Sharwanand was shooting in Thailand when he got injured and was immediately rushed back to Hyderabad where he was admitted to Sunshine hospitals. The statement had further added that the surgery was performed successfully and Sharwanand has been advised bed rest of two months.

96, which had a terrific run in cinemas, revolves around two childhood sweethearts who meet 20 years later in a school reunion and the events that follow. The film was raved for its representation of love and its music by Govind Vasantha, who is most likely to be retained for the remake as well.