Pushkar-Gayathri, Aishvarya Khumar And Others At The Brew Person Of The Year Awards 2017

Husband and wife director duo Pushkar-Gayatri made heads turn with Vikram Vedha, an edge-of-the-seat thriller based on the story of King Vikramaditya and the demon Betaal from Indian mythology.

Now, the duo is working on a web series for a leading OTT platform. The industry grapevine is that the web series is reported to star Aishwarya Rajesh and Kathir in lead roles. However, an official announcement on the same is expected. 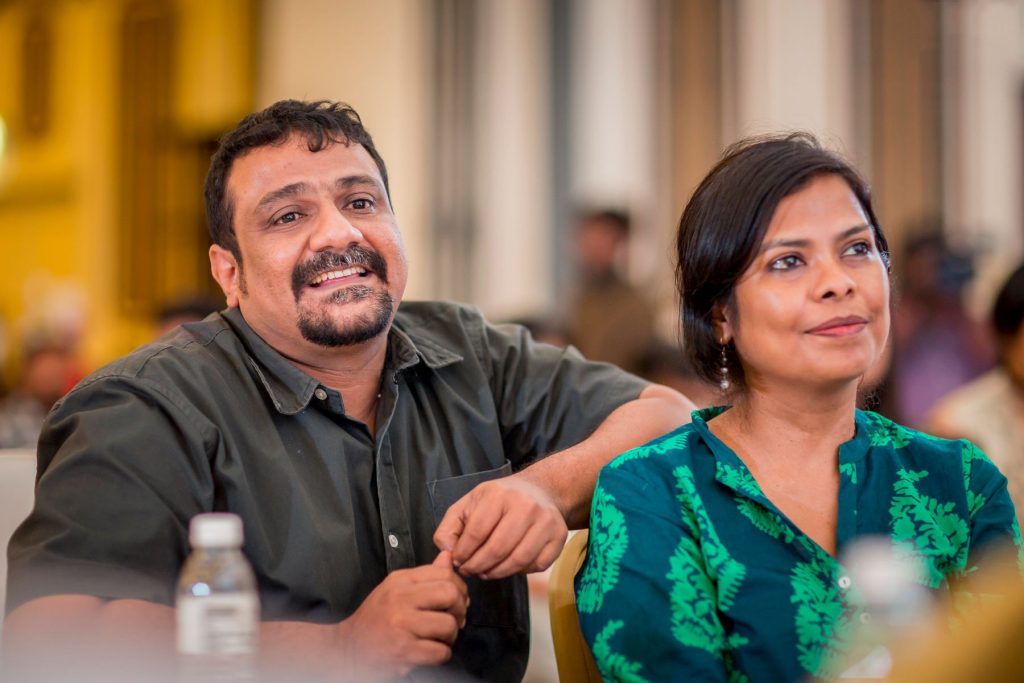 Kathir, who was recently seen playing a football coach in Vijay’s Bigil, has a rural comedy titled Sabbath directed by debutant Prabhakaran, an erstwhile assistant of Balaji Sakthivel.

On the other hand, Aishwarya Rajesh, who is looking forward to the release of Vaanam Kottatum next month, has a slew of films in her kitty. She awaits the release of World Famous Lover with Vijay Deverakonda, which will hit the screens on Valentine’s Day, February 14. Aishwarya plays Vijay’s wife in the film and that her character is named Suvarna. She also has Nani’s Tuck Jagadish directed by Shiva Nirvana.

Meanwhile, Pushkar-Gayatri are also working on the Hindi remake of Vikram Vedha, which will be produced by Y Not Studios, who bankrolled the original, and Plan C Studios, which is a collaboration of Anil Ambani led Reliance Entertainment and Neeraj Pandey’s Friday Filmworks.