Kangana is a More Believable Jayalalitha Minus The Prosthetic Makeup 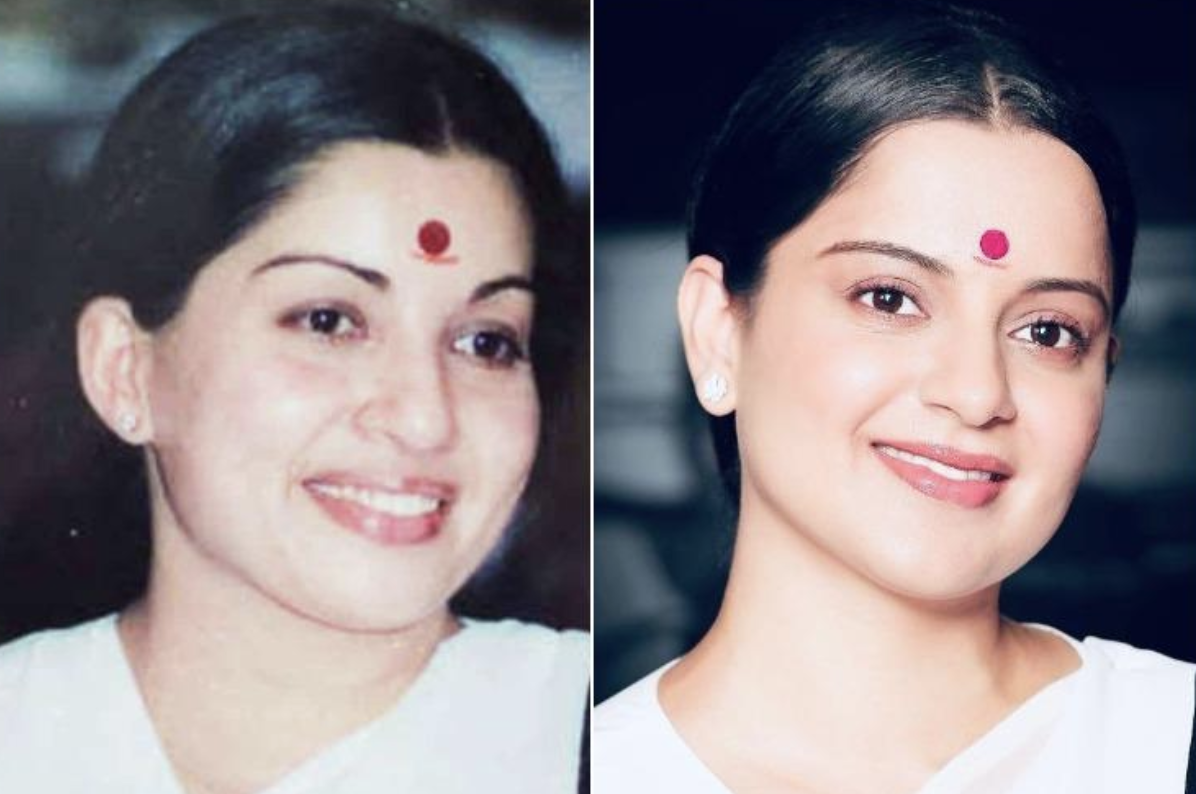 Soon after actor Kangana Ranaut’s first look as Jayalalithaa from her upcoming biopic Thalaivi was released last year, many were quick to criticise the actor’s lack of resemblance to the late leader.

Dressed in a plain white saree with the AIADMK flag colours on its border, the star’s look with fuller cheeks and a round red bindi on the forehead comes closer to the late AIADMK Supremo than her previous looks. Jayalalithaa’s looks during her political career can be marked by distinct styles and this is one of her earliest looks, having just stepped into politics soon after giving up on her acting career.

While this look of Kangana was shot without prosthetics and special effects, popular Hollywood makeup artist Jason Collins, who has worked on films like Captain Marvel, Hunger Games and Blade Runner, had invited Kangana for a look test last year. Pictures from the look-test, too, were shared online.

This biopic, directed by AL Vijay and produced by Vishnu Vardhan Induri and Shailesh R Singh, marks Kangana’s return to Tamil cinema after Dhaam Dhoom with Jayam Ravi 12 years ago.

Actor Arvind Swami’s look as MGR, too, was released last month, on MGR’s birthday, and received excellent response from fans for the actor’s uncanny resemblance to the late ADMK Founder.