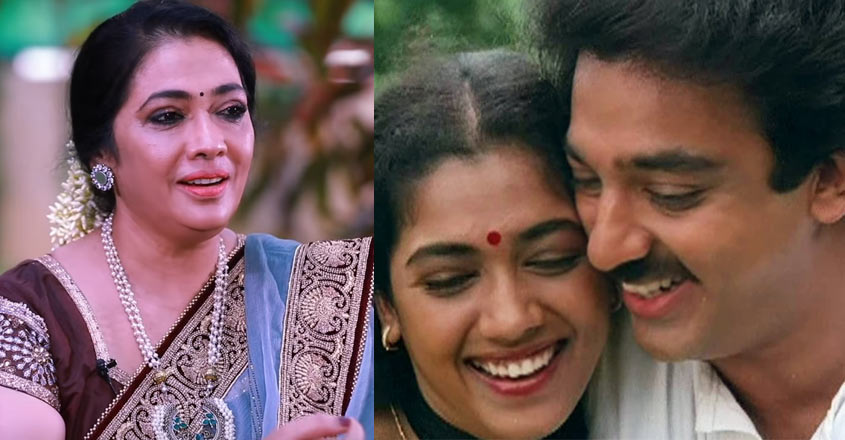 A clip from her latest interview to Cinema Vikatan in which she talks about the unplanned kiss in a crucial scene from Punnagai Mannan has gone viral.

In the film, there’s a scene where Kamal Haasan had to kiss Rekha just before the characters were about to commit suicide. In the interview, Rekha revealed that Balachander planned the kiss scene without her consent. When the scene was shot and Rekha was kissed without her consent, she was worried that her father would be unhappy with the scene. Balachander, in his defense, told Rekha that it was normal.

“There is no vulgarity in it and we need to show the love and bonding between the characters.”

Rekha added that the incident haunted her for few days. Even though she seemed relaxed recollecting the incident in the interview, the clip wasn’t received lightly by netizens who have termed it another form of sexual harassment.

“WTF! This would have made the headlines if it happened in Hollywood. This is proper ‘sexual harassment at the workplace’. Worst is, they’ve even planned it. But since it’s Kamal saaaaar and Balachander saaaaar, it should be fine I guess,” tweeted Sangeeth.

This would have made the headlines if it happened in Hollywood. This is proper 'sexual harassment at the workplace'. Worst is, they've even planned it.

But since it's Kamal saaaaar and Balachandar saaaaar, it should be fine I guess. pic.twitter.com/alPAC7eXJy

Another Twitter user G Sundararajah wrote: “I say this as his fan; if this is true @ikamalhaasan should unequivocally apologize to her publicly. The reaction of the interviewer shows how normalized sexual harassment is in our society. They are talking about it in a matter of fact manner.”