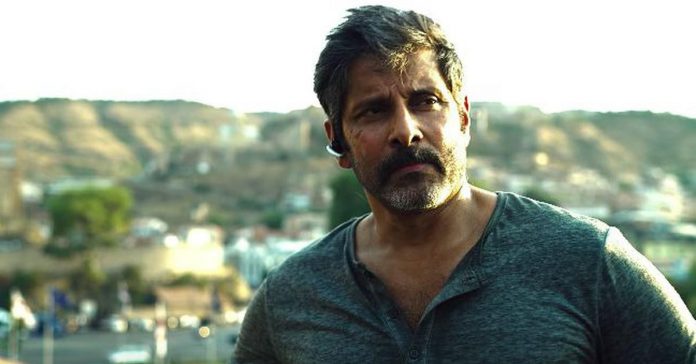 It is going to be a very busy year for Vikram, who has been literally jumping from one film set to another. The latest update is that the actor will be recommencing work, particularly the dubbing portions of Gautham Menon’s Dhruva Natchathiram.

The shooting of Dhruva Natchathiram was completed long back but the film is yet to release due to some financial problems involving its producer. The post-production work of the film is now in full swing and Vikram will most likely start dubbing for his portions from next month.

The film is tipped to be the biggest film in Gautham Menon’s career, the film also stars Ritu Varma and Aishwarya Rajesh. Actor-filmmaker Parthieban has been confirmed to play a pivotal role. The makers have kept the identity of the film’s antagonist a secret as they have roped in someone very unusual for the role.

Gautham awaits the release of Joshua: Imai Pol Kaakha starring Puppy-fame Varun in the lead. Touted to be an action thriller it is said that the film would be different from what Gautham had done before.

Vikram is currently busy shooting for his next with director Ajay Gnanamuthu titled Cobra. Vikram will be starring in 7 different avatars such as a politician and an old man, among other characters.