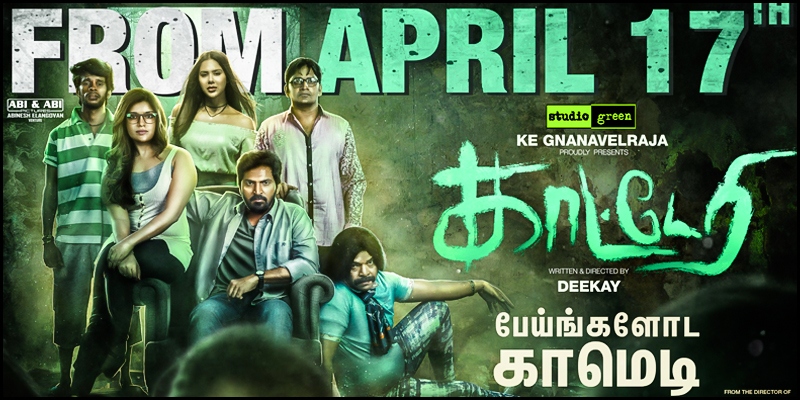 Varalaxmi Sarathkumar, Sonam Bajwa and Aathmika will be starring in the upcoming horror film Katteri, set to hit screens on April 17th.

The movie is helmed by Deekay who has made films like Yaamirukka Bayamey and Kavalai Vendam. Vaibhav also stars in this film.

The team have announced the release date via Twitter:

Katteri also features Ravi Mariya, Karunakaran, John Vijay, Mime Gopi, Kutty Gopi and others in supporting roles, while on the music front Prasad S N has scored the music for the film.