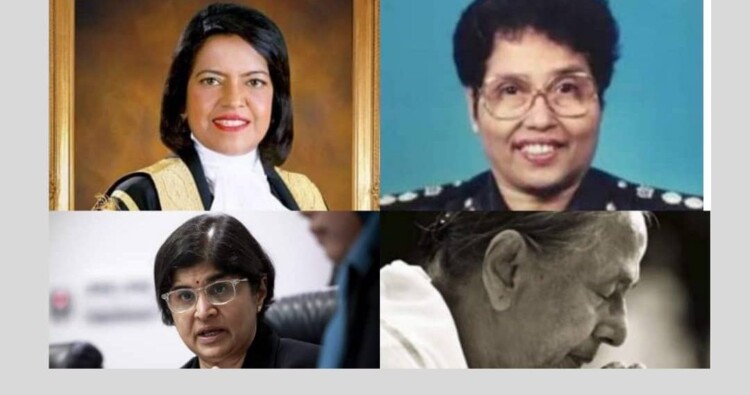 Remember when you studied Sejarah in school? How many of them were women?

Sad to say, there have been very little to no emphasis on the contributions of women in society, be it in Malaya and the rest of Asia and even on the western front. Women on the other hand, played a very important role in equality to their men counterparts, in fact their significant momentous achievements were perhaps more than that of a man.

Malaysia is no exception when it comes to the birth of great women leaders, activists, entrepreneurs, enforcement officers, scientists, lawyers, journalists and the many more other non-mentioned industry movers and shakers.

Today, we acknowledge and give prominence to some of these outstanding and astounding women visionaries that have helped to shape the nation all for the better.

Have you ever heard about this remarkable woman before? 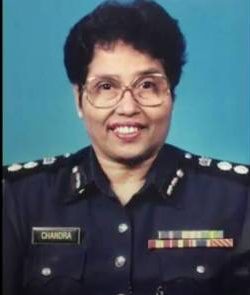 She was the first Malaysian policewoman to head the Anti-Vice Branch in Penang’s police headquarters. Chandramalar was a Sri Lankan citizen who moved to Malaysia with her family and joined the Police Force in the early 1960s. She worked up the ranks from a probationary inspector to head of the Anti-Vice Branch in Penang. She has received multiple promotions due to her excellent services and officially retired with the rank of Assistant Commissioner of Police in 1994.

Born in Sri Lanka, Chandra grew up in Kluang, Johor and is the fourth child of five daughters in an Indian household. Her father was a railway clerk, and her mum a dedicated and devoted housewife. She did what most decent young women of her age did, becoming a primary school teacher, after passing her Senior Cambridge examination.

In the early 1970’s, Chandra was never one to hide from the action, as she liked being in the spotlight. She was directly involved in raids, where her squad of 15 would raid and make several arrests at 200 brothels or gambling dens in a month during her tenure heading the Anti-Vice Department at the Penang Police HQ. Whenever possible, she maximised her options as well. A warrant, which is defined in the Girls Act, was required to search brothels. Drug searches, however, did not, as the Dangerous Drug Acts had authorised raids without a warrant. Therefore, with drug raids, she was always involved and gave her full dedication in making those raids a success.

She was advanced to the rank of Assistant Superintendent and moved to a teaching post at Kuala Kubu Baharu Police College, Selangor.

Have you ever encountered abusive mails, death threats, and detention requests while calling for electoral reform?

Yeah, here’s the iron lady who has got it. Ambiga Sreenevasan, recipient of the US International Women of Courage Award, is a lawyer and campaigner for human rights who worked to change the Federal Constitution so that the testimony of a woman can bear equal weight to that of a man in the Syariah Court, and she succeeded.

She is also the former co-chair of Bersih, a Non-Governmental Organisation (NGO) coalition which promotes free and fair elections. 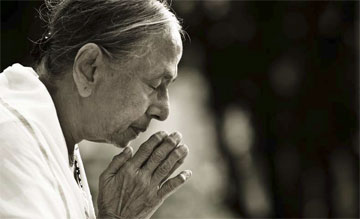 For Malaysia, this gentle and humble demeanour woman can be identified to what Mother Theresa to India was all about. She has made human rights the work of her life, working to provide for orphaned children at the Pure Life Society, independent of race or faith. To all the young souls, she is the only lady they call mom.

When asked about her accomplishments throughout her lifetime, she said:

“My accomplishment?” I’m not sure of what it actually is. All have committed to the job, that’s all I can claim.

Over the years, Mother Mangalam had become a ‘mother’ to multi-ethnic orphaned children, and is a testament that satisfaction and pleasure can be attained by a life devoted to helping others.

The Spirit of Merdeka personifies her selflessness, spirit and lifetime of devotion to the less fortunate.

Justice Datuk P. Nallini is the first Malaysian Indian woman to be nominated to the highest court in Malaysia. Her law career began in 1984, when she was recognised by the Middle Temple of the United Kingdom as a solicitor for the English Bar. Nallini, a 32-year-old lawyer and attorney then, had substantial litigation and extensive courtroom experience.

She co-authored a practical guide entitled “The Law of Dismissal” on workplace law, and was also frequently invited to appear at international and local conferences and seminars. Her honesty, fearlessness and accountability was well esteemed by both her colleagues and her clients.

Could you believe these women actually tore down barriers and broke boundaries to pave the way for women’s rights in Malaysia?

Women are just as important as men, and for the sake of our future generation, we should do our best to pass down their stories as well as those of men!