WATCH: Anirudh Challenges Fans To Do The ‘Vaathi Step’ 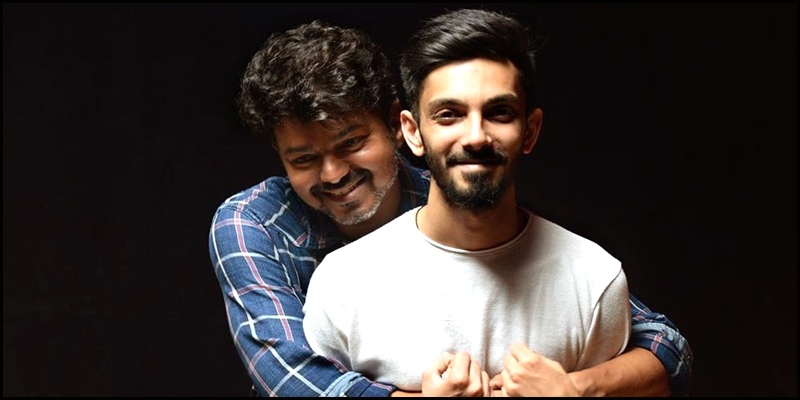 This was the second song to be released from the Lokesh Kanagaraj film which is due to hit the screens on April 9. ‘Vaathi’ is short for ‘vaathiyar’ or teacher, the role that Vijay is playing in the film.

Yesterday, the film’s music composer Anirudh Ravichander released a short clip of himself dancing along with musicians Keba Jeremiah and Sajith Sathya. Calling themselves the ‘3 worst dancers’ doing the #vaathistepu, Anirudh has asked fans to do the step themselves on video and tag them.

Vijay’s last release was Bigil with Atlee, in which he played the role of a football coach for a women’s team. The film was released for Deepavali, and had Nayanthara playing the female lead. Vijay was seen in dual roles, as father and son.

Master is highly awaited by fans also because of the rest of the cast. Other than Vijay, the film also has Vijay Sethupathi in an important role. The poster with the two actors in a face-off had created quite a flutter because it’s unusual for the poster of a Vijay film to feature another actor so prominently. There’s also much excitement because Lokesh Kanagaraj’s Kaithi, with Karthi in the lead, was a neat thriller that proved to be a winner at the box-office. Lokesh has co-written the film with Rathna Kumar who directed Amala Paul in Aadai.

‘Vaathi Coming’ has been sung by Anirudh and Gana Balachandar, who has also written the lyrics for the song.

WATCH: Anirudh Challenges Fans To Do The ‘Vaathi Step’