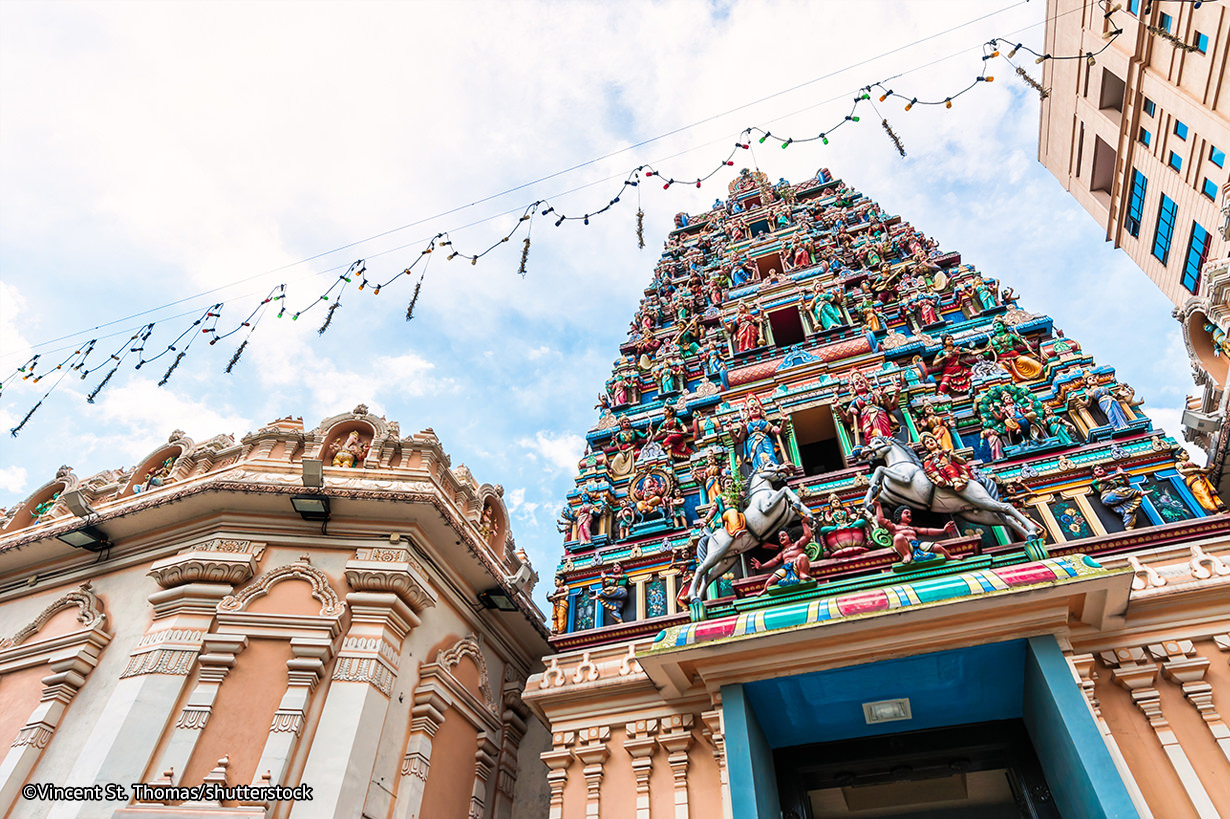 Three major Hindu temples under the management of the KL Sri Maha Mariamman Temple Dhevasthanam will be closed for the period of the restricted movement order enforced by the Malaysian government from March 17th up until the 31st. 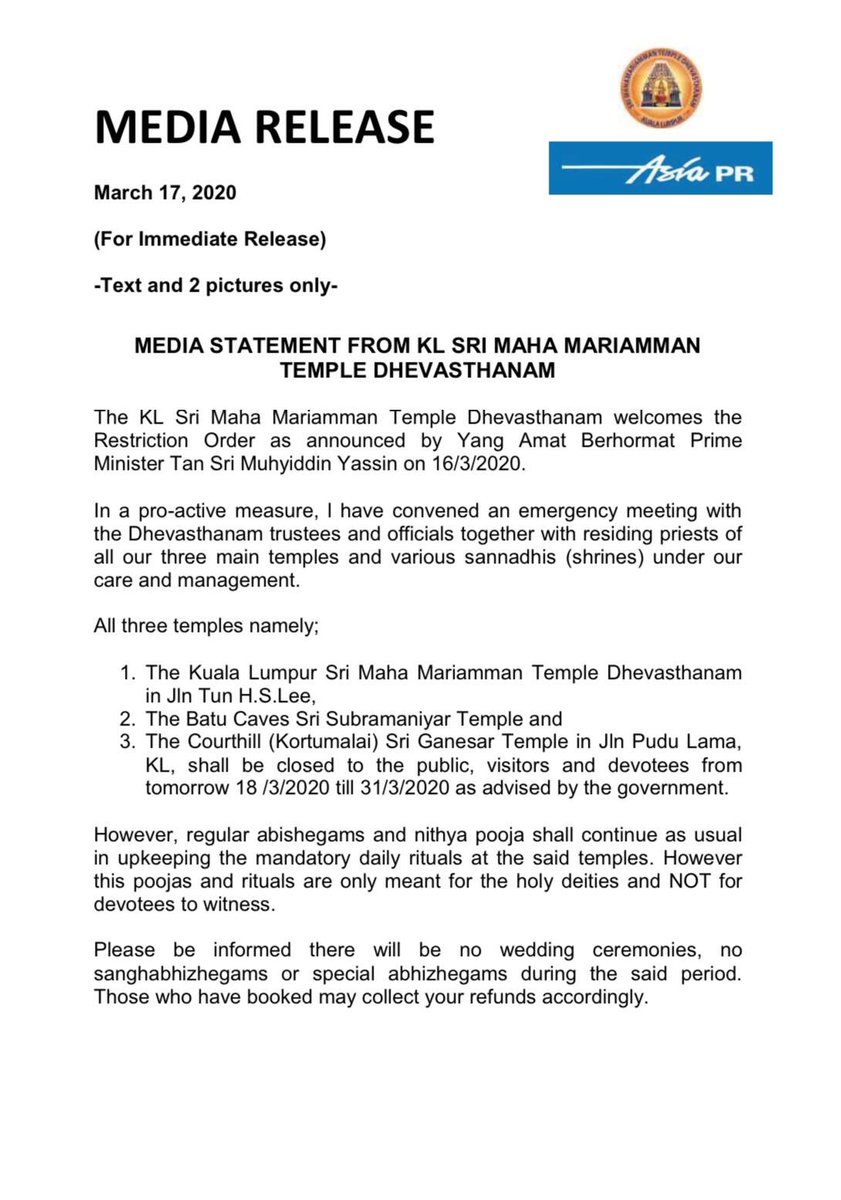 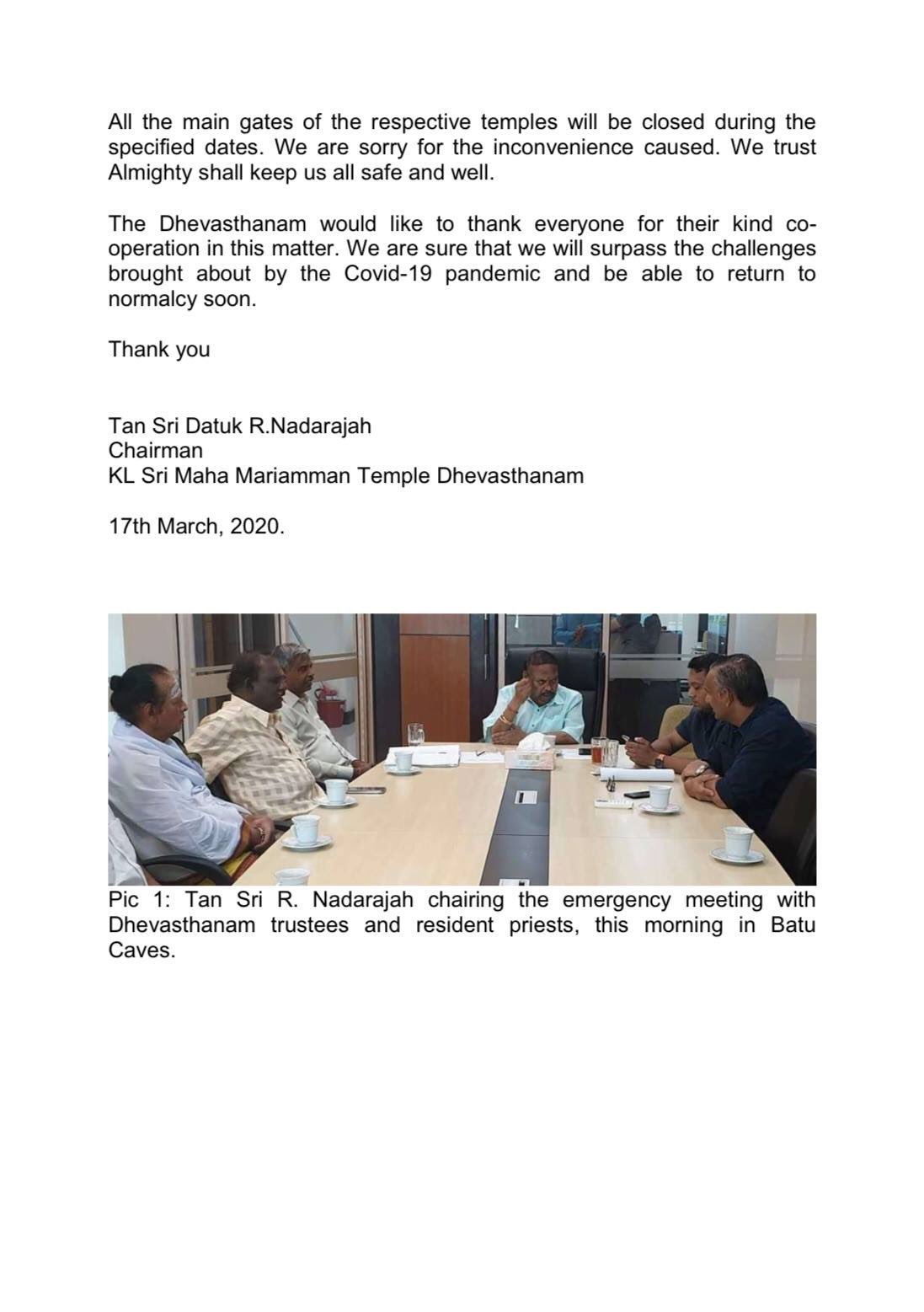 Temple Chairman Tan Sri R Nadarajah said that there will be no weddings nor any special prayers held in the temples during this period. All bookings will be promptly refunded.

The daily rituals will be continued, but the public will not be able to witness it during this period, he said in a press release.

The move comes in light of the restricted movement order announced by Prime Minister Tan Sri Muhyiddin Yassin on Monday night to prevent the growing number of Covid-19 infections nationwide. It is imposed under the Prevention & Control of Infectious Diseases Act 1988, and Police Act 1967.