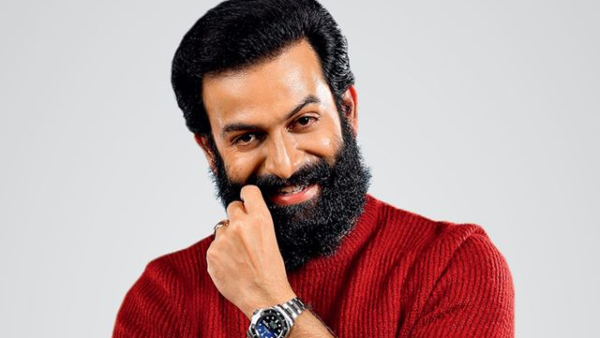 Prithviraj took to Facebook to share an update regarding the film’s shoot. “We are currently in Wadi Rum, Jordan and continuing shoot. We have decided so because, given the circumstances, that seems to be our best option. There are no international flights operating in and out of Jordan at the moment, and given the fact that all of us are already here, we can either stay put in our camp in the desert which is currently accommodating only our unit, or get out and shoot at our location which is barely a few minutes outside our camp. After consulting with the authorities and undergoing medical check-ups for each member of the unit, we have been given a go-ahead for the shoot as the location and the process of filming Aadujeevitham is in itself very isolated,” he posted. He also revealed that two actors have been put on ‘precautionary quarantine’ in Amman, and will be joining the team post the 14-day period.

Aadujeevitham, based on the critically-acclaimed eponymous 2008 novel about an abused migrant worker in Saudi Arabia, is one of the most anticipated films of this year. Prithviraj Sukumaran plays the titular role of Najeeb Muhammad, an Indian immigrant going missing in Saudi, with Amala Paul as the leading lady. The film is being directed by Blessy.

Aadujeevitham will mark composer AR Rahman’s return to Malayalam films after more than 25 years. In 2018, speaking on the sidelines of a concert in Dubai celebrating 25 years of his musical journey, Rahman had said he was thrilled to have signed a Malayalam film after a long hiatus. His last Malayalam outing was Sangeeth Sivan’s 1992 film Yoddha, which was his second film as a composer.