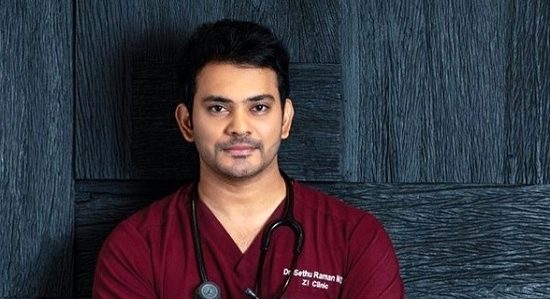 Actor Dr Sethuraman passed away due to a cardiac arrest at his residence in Chennai on March 26th (Thursday). His sudden demise has left the Tamil film industry shaken.

The actor is a dermatologist by profession who was serving full-time at his Chennai-based skincare and cosmetology facility ‘Zi Clinic’.

Sethuraman ventured into the Tamil film industry, owing to his friendship with actor Santhanam. After the success of Kanna Laddu Thinna Aasaiya, Sethuraman appeared in three more Tamil films, Vaaliba Raja in 2016, Sakka Podu Podu Raja in 2017 and 50/50 in 2019.

The Kollywood celebrities extended condolences on hearing the news of Sethuraman’s demise.

Sad news. Actor and Doctor Sedhuraman passed away few hours ago due to cardiac arrest. My condolences to his family. RIP pic.twitter.com/SIlkfQ1qm2

The Varnam team extends our heartfelt sympathies to the family of Dr Sethuraman.