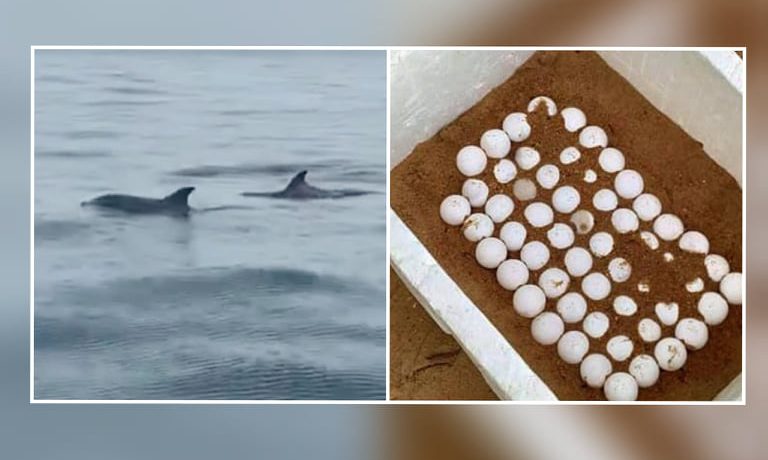 As we fight the Covid-19 outbreak, nature is also rejuvenating and creating balance. Recently, a pod of dolphins were spotted at a beach in Port Dickson. In a separate incident, 228 turtle eggs were found on a beach there as well.

According to Negeri Sembilan Fisheries Department (NSFD) director Halimi Abu Hanip, dolphins were usually found in the area and are a protected species under the Fisheries Act 1985.

Speaking to Bernama he said, “Local fishermen are aware of this and are not allowed to catch the fish. We hope members of the public do not disturb the animals. The movement control order (MCO) has definitely had a good impact on the marine life and environment,”

“It shows that in the absence of recreational or indiscriminate fishing activities and water recreation activities in Port Dickson as well as with fewer people around, these dolphins which often swim far away, will be bolder in approaching the coast,” he said

Dolphins are not the only ones who are taking advantage of the empty seas and beaches in Port Dickson. According to recent reports, hundreds of turtle eggs have been found on the popular tourist destination’s shores.

Negri Sembilan State Fisheries Office through its Facebook page has shared the finding of 118 ‘Agar’ (Green) turtle eggs and another 110 more of unknown species.

According to World Wildlife Foundation (WWF), the number of marine turtles in most places in Malaysia has plummeted and some populations are on the brink of extinction.