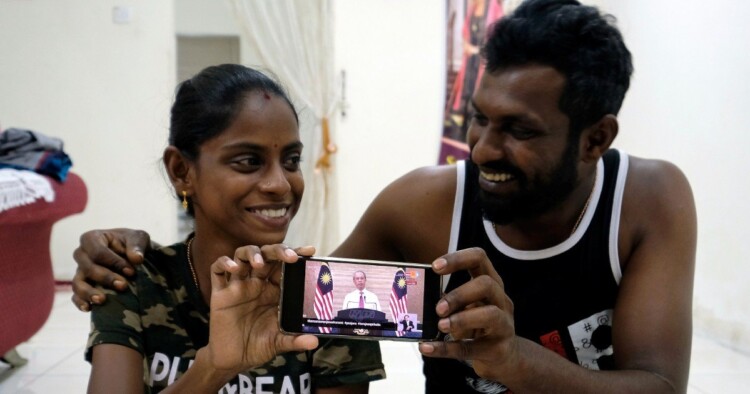 “Why us? It is hard to believe because we’re just ordinary people,” said Pavithra, one half of popular YouTuber duo, Sugu Pavithra. She found it hard to believe their names being heard on television and radio on Friday afternoon.

The 28-year-old and her husband, M. Sugu, 29, have captured the hearts of many Malaysians for their humility in their cooking videos.

Pavithra and her husband have planned to open a restaurant next year. “We plan to open our restaurant, probably next year..but since the prime minister mentioned this in his speech, we will do our best to make it a reality. We just can’t wait to open it,” she said.

“Thank you again, PM, for specifically mentioning us. We are only ordinary people but we still can’t believe that he would mention our name. This means the world to us,” she said today.

The mother of two said that at the moment their only focus was to produce more cooking demonstration videos which would be uploaded onto their channel twice a week.

“We are only cooking the traditional menus currently. We are not good at cooking, we just wanted to share the joy of cooking with the people. However, we are happy when we receive good comments from people who have tried cooking using our recipes. We will share more recipes on our YouTube channel,” she added.

Pavithra, from Buntong, started the YouTube channel on January 28th this year. Since then, she has been uploading her cooking demonstration videos. Sugu Pavithra has garnered more than 637,000 subscribers to date.

The couple even received a surprise gift from Muhyiddin on May 11th. Among the items were a camera tripod, microwave, oven, rice cooker and cooking essentials.