Brindha Sivakumar hails from an incredibly talented family that consists of her father, Sivakumar and brothers, Karthi and Suriya and gorgeous sister-in-law, Jyothika. She has followed in their footsteps to be a part of the Tamil movie industry, but not on screen.

The talented lass will be a part of Gautham Karthik’s upcoming movie, Mr Chandramouli, as a singer! Brindha is set to sing the title track of the movie composed by Sam C S, with Vithya Damodharan’s lyrics.

Suriya was present at the audio launch of the film yesterday at Sathyam Cinemas in Chennai, to support his sister. In her speech, the crooner thanked the music director for the opportunity and for making her feel comfortable throughout the recordings.

The youngest of the Sivakumar siblings also thanked the Mr Chandramouli team for having her on board. 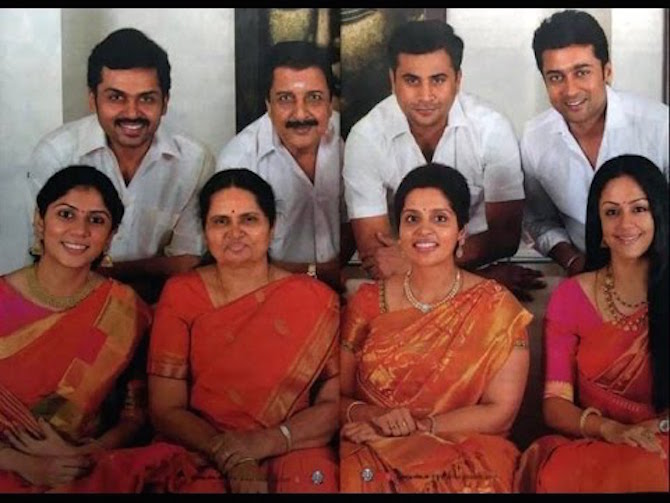 Mr Chandramouli will be released later this year and will feature Gautham Karthik and his father, Karthik alongside Regina Cassandra and Varalaxmi Sarathkumar.

We’d like to wish Brindha the very best on her foray into the Tamil movie industry!