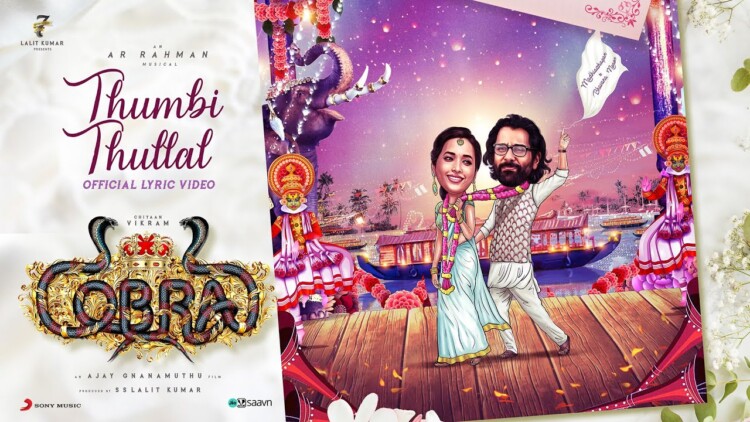 The wait is finally over!

The filmmakers of Vikram’s Cobra have dropped the first single from the highly anticipated  film, aptly titled Thumbi Thullal. Sung by Shreya Ghosal and Nakul Abhyankar, the romantic track was penned by lyricists Vivek and Jithin Raj.

The film’s musical score is by Oscar-winning music composer AR Rahman, who collaborated with Vikram for the fourth time. Thumbi Thullal is indeed impressive as it delivers a catchy Malayalam chorus along with residuals of melodious “Nagumomu” in the song.

Produced by S. S. Lalit Kumar and directed by R. Ajay Gnanamuthu, Cobra is a supernatural thriller film that mostly shot in Russia. The music video has also revealed another hint from the movie, which Vikram and Shrinidhy Shetty will be essaying the Malayalee role.