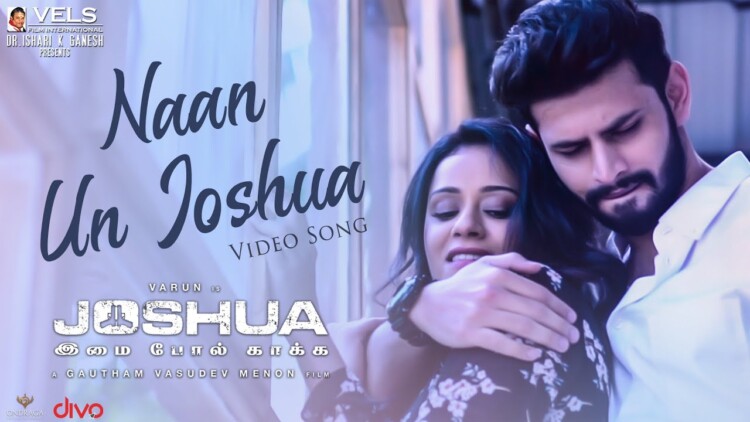 The second music video from Gautham Menon’s next film Joshua Imai Pol Kaakha has just been released. Titled Naan Un Joshua, the song is sung by singer Karthik while the lyrics are penned by film director Vignesh Shivn, who also wrote lyrics for the film’s first single, Hey Love.

Meanwhile, the filmmaker has surprised his fans by confirming Krishna as the film’s main villain.

https://t.co/qszYuoCIux
It’s also the time to introduce Krishna as the villain in the film Joshua.. Thank you @Actor_Krishna for agreeing to do this for me! In return, you are looking really good brother😊

Karthik excels in making exciting and impressive music. Now, the singer is making a comeback after 4 years since composing music for the 2016 action thriller Tamilselvanum Thaniyar Anjalum, which was also produced by Gautham Menon.

Starring Joshua and Raahei in the lead, the film is an action thriller produced by Velds Film International. It’s storyline revolves around the romance between a bodyguard and the woman that he protects.

Naan Un Joshua will sure captivate your heart!

The film is set for a tentative late-2020 release after the Covid-19 pandemic lockdown eases and theatres re-open again.