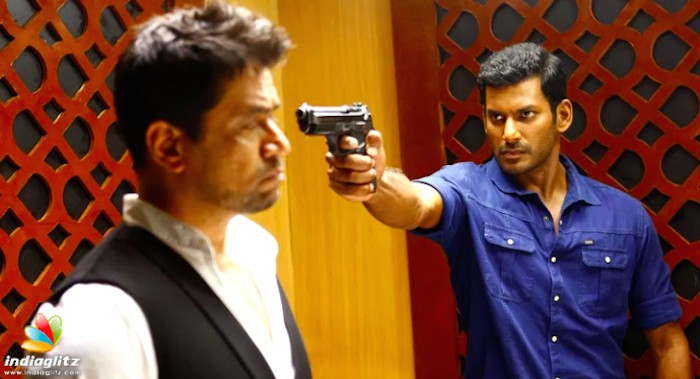 First of all, Irumbu Thirai is not quite the movie I expected it to be.

After watching the trailer, I went into the cinema expecting something along the lines of Black Hat, involving plenty of car chases, helicopter rides, prisons, computer codes and etc.

However, what I got was a military officer (Major Kathiravan) with anger management issues who is forced to reunite with his estranged family. He also consistently flirts with his psychologists, and asks to set him up with her sister who works overseas – because he wants to settle down outside of India. He gets conned while applying for a bank loan with his father. Then he finally decides to track down the hacker.

And that is truly when the movie begins. I feel like the entire first half is a drag to watch. We spend way too much time following Kathiravan around, as he is flirting with his Samantha and ironing out issues with his father, sister, and the sister’s lover. Like excuse me, this is a cyber-crime thriller, where is there thrill? 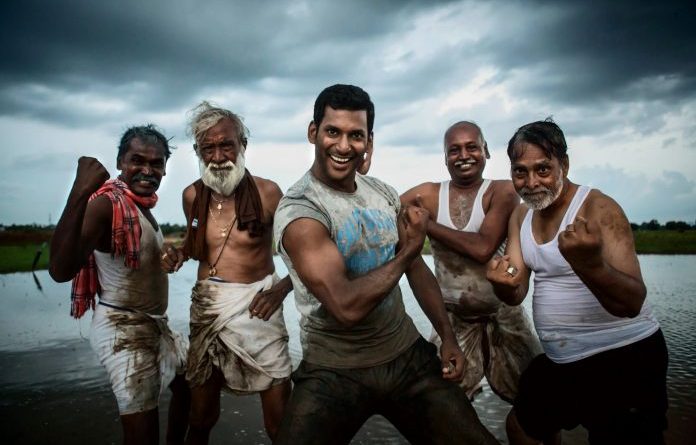 While there was a good portion of action scenes involving hacking and computer codes, the plot is heavily driven by family drama. Yes, character development is important, but it doesn’t need too much emphasis when it’s a thriller film. We expect action.

The thrill came, eventually, way into the second half – only after Arjun Sarja’s White Devil (or Sathyamoorthy) enters the picture. Action King Arjun’s screen presence is gripping. From the very first word he utters, he has your attention. He easily outperforms Vishal, Samantha, and everyone else he shares the screen with. At 53 years old, Arjun slays his wicked hacker role with a ripped physique and a vicious, cold facade. Even when he smiles, you are terrified of him.

Also, am I the only one who gets goosebumps whenever Arjun says “Jai hind?”

Vishal plays Kathiravan to his best ability, and his fighting skills are justified by his army training. It’s very easy to believe that he is a man with anger issues, and he tries to justify it by saying that injustice makes him uneasy and he has to do something about it. 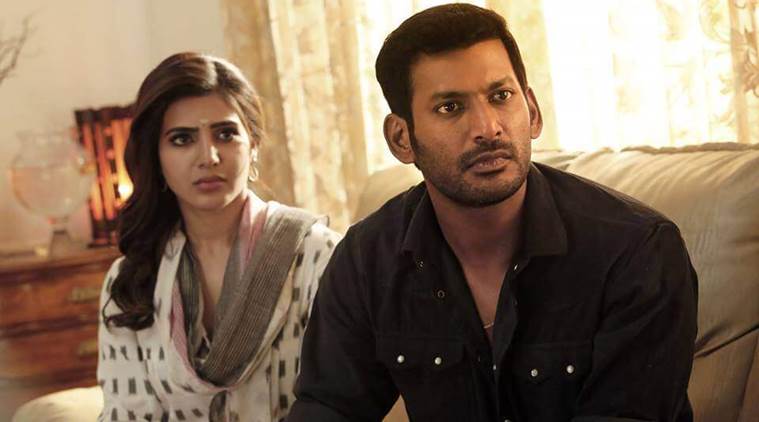 I’m not quite sure why Samantha is in the movie. The good thing is that she is portrayed as a smart and capable doctor. Aside from that, she doesn’t contribute much to the movie – aside being this super gorgeous doctor. Her scope is very limited. I agree with Suganth from Times of India who said that the whole anger management and psychologist angle seemed like it was introduced solely to accommodate Samantha in the movie. The screenplay could have easily eliminated that whole part. The only thing I’m thankful for is that there was no pointless duet song between the two. The best part of the movie is the fight scene between Kathiravan and Sathyamoorthy. However, because of the draggy screenplay, it feels like I waited 5 hours for that fight to happen. You know it’s coming, so you wait and wait and wait – then there it is! The fight scene is well choreographed, but I think it’s a tad too short. Perhaps I was just really excited to watch the Action King in, well, action. Enough talking. Enough threats. JUST FIGHT GUYS, FIGHT!

Verdict: Well-made with a good message – but nothing great if you were expecting a thriller/action film.