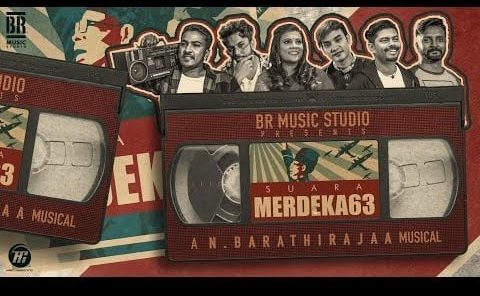 If there is only one thing you do this year in honour of Malaysia’s independence, make sure it’s watching this music video by our country’s best known local musicians.

Aptly titled Suara Merdeka63 – the song is available in both languages namely Tamil and Bahasa Malaysia. It was collaboratively written and sung by talented artistes Luckshmi, N.Barathirajaa, Vicran, and Alfie Zumi. Shatish Naidu and Thivyah Vegan John have also contributed as the background vocals.

Apart from the meaningful lyrics, the tune is so instantly captivating it’s hard not to sing along by the first chorus. Not to forget the tune, along with Vicran and Alfie Zumi’s part was all on one epic track, so really what more explanation do you need?

The video is a must-watch for every disillusioned Malaysian, jaded by the constant squabbles over race and religion that dominate the news and only serve to divide us. On the musical front, N.Barathirajaa has composed the music while R.Maghathevan directed the music video.

If you still haven’t caught up with Suara Merdeka63, we’re here to give you another reminder that this is somebody you need to be listening to.