Is Vinnaithaandi Varuvaaya The Greatest Love Story Ever? No It’s Not.

While the entire world thinks that Vinnaithaandi Varuvaaya is one of the best love stories of all time, for some inexplicable reason, I can’t see it that way. Maybe I’m crazy, maybe I have a distorted version of reality, I don’t know. But here’s what I think:

Most of my friends think that Trisha’s introduction scene in VTV is the best scene ever. The way Simbhu, or rather, Karthik, saw Jessie and instantly fell in love is apparently so romantic and so beautiful. Really?

All I saw was a boy hanging out at the gate, sees an extremely beautiful girl, and then suddenly he’s claiming that he’s crazy about her and that she’s now the love of his life. Wow, Karthik, you decided all that in 5 seconds? Based on what, exactly?

I’m sorry, but love at first sight is bullshit. He was just obsessed with her beauty. She literally did nothing but walked past him – and he fell madly in love? If that is what true love is, then true love is shit.

Then, he starts following her. He finds out where she works and randomly shows up wherever she is. When she found out he had feelings for her, she quickly warned him that it’s not going to work because of their religious differences – and that they should remain as friends. But of course, our hero will not take “no” for an answer, like most heroes in most Tamil movies.

When they were traveling together in the train, he takes advantage of her friendliness and starts touching her feet and hands. Even though she swatted his hands away a couple of times, he kept on doing it. Eventually, she relented and allowed him to kiss her. And Karthik later used this as an excuse to claim that she must be in love with him. 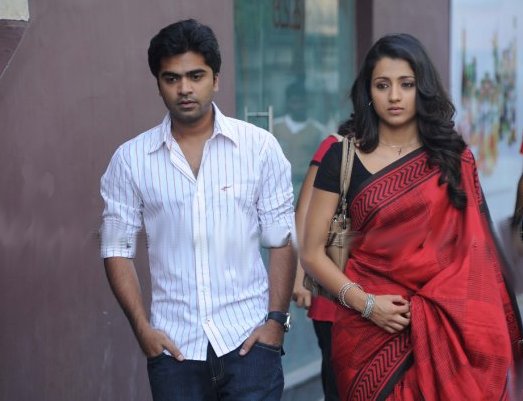 Even after that incident, Jessie tried to tell him (AGAIN) that things will NEVER work out between them – in the nicest way possible – and that it’s best if they just remained friends and continue to hang out. This is where Karthik says a few things that really riled me up.

3. “You want to hang out with me and spend time with me, but then you say you’re not in love with me? That doesn’t make sense!” (Um, yes it does. That’s exactly how friendship works – when you like hanging out and spending time with someone.)

4. “I’m crazy about you. I’m f*cking mad about you” (Yeah that’s great, but love is a two-way street. She needs to be mad about you too.) 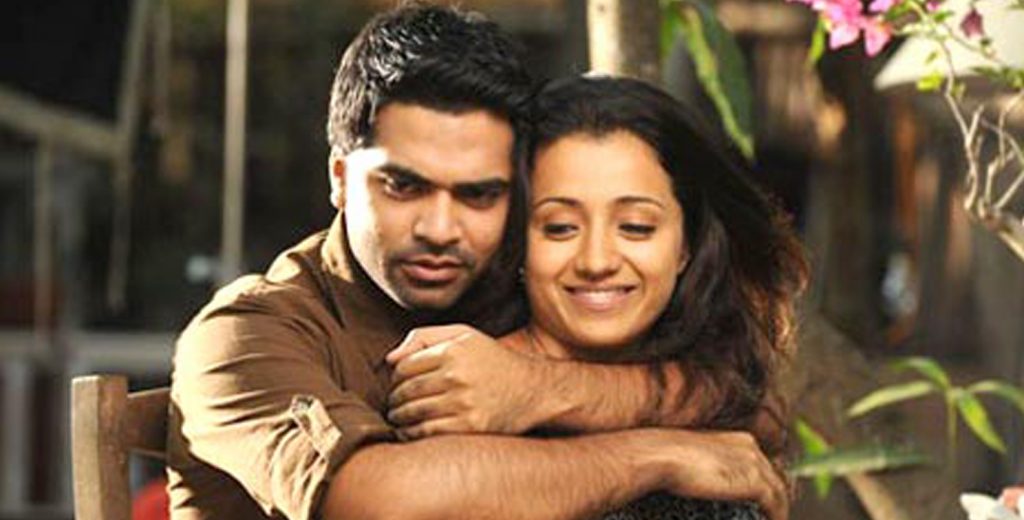 Okay so you all can argue that she was attracted to him from the start – just that she wasn’t brave enough to say it. I think he just wore her down. She’s a shy girl who’s never really spoken to guys all that much, and then here comes a cute guy who keeps pursuing her and saying that he’s mad about her. He makes grand gestures and gives her butterflies in her stomach. Of course she’s going to give in eventually.

But even then, she kept telling him time and again that they should just be friends, so much so that even I got tired of hearing that from her. I felt like yelling at the screen saying, “SHE SAID SHE WANTS TO BE FRIENDS, KARTHIK, ARE YOU DEAF??”

When Karthik goes to confront Jessie one last time, Jessie says “I’m your problem, Karthik. Without me, your life will be easier.” 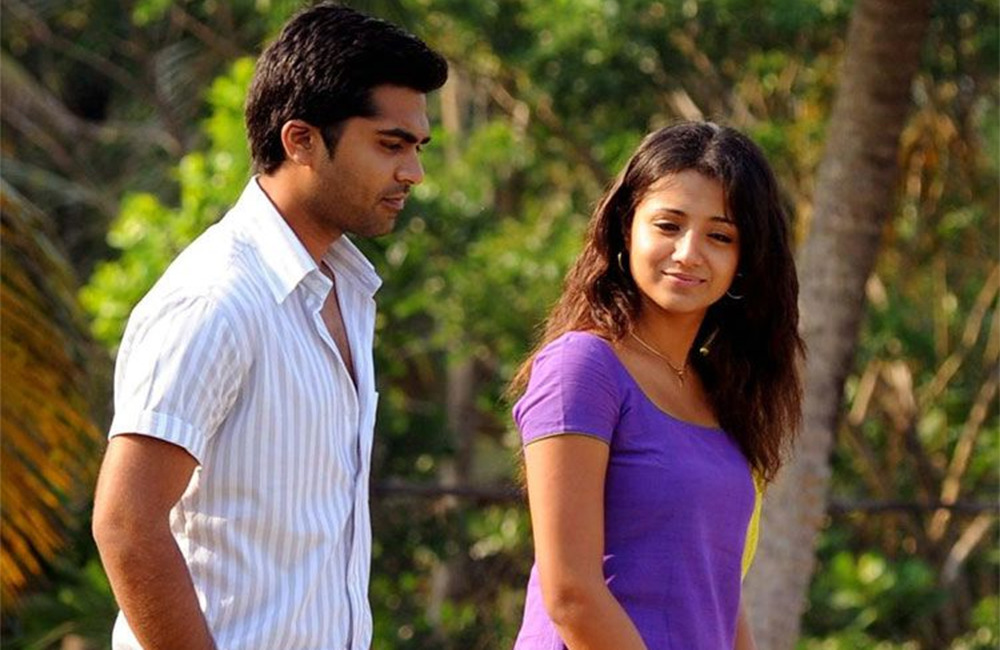 This part of the movie reminds me a lot of Tom from 500 Days of Summer. He falls in love with Summer and thinks he has found his soulmate. Even though Summer clearly told him that she doesn’t believe in love, he keeps pursuing her, thinking that one day she’ll change her mind and fall in love with him. She gives in for a bit and they start going out, which made him fall for her even more. Eventually, she leaves him, and he blames her for being so cold and cruel. But here’s the thing – SHE TOLD HIM FROM THE START THAT SHE DOESN’T WANT THIS AND HE DIDN’T LISTEN!

Karthik and Jessie were never meant to be. And if there’s one person who caused Karthik all that pain, the blame is on Karthik himself.

If anything, I’m glad that this heartbreak inspired him to write and direct his first movie – and he realised his dream of being a successful filmmaker. Aside from that, I honestly don’t know what is so great about VTV.