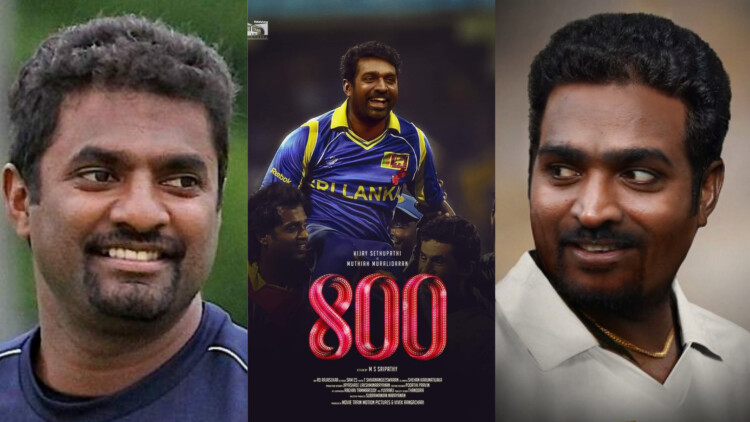 Actor Vijay Sethupathi, posted Muttiah Muralidaran‘s statement that request the actor, who is supposed to star in his biopic, ‘800’ to pull out in order to prevent him from facing troubles in his career in the future.

The actor captioned the post with  ‘Nandri, Vanakkam’ as if to say that he won’t feature in ‘800.’ Later, Sethupathi’s publicist Yuvaraj also confirmed that the actor has opted out of the biopic.

The United Arab Emirates (UAE), released the official statement of the Sri Lankan cricket icon, popularly known as Muralidaran, who is currently working as a bowling coach for the Sunrisers Hyderabad team playing in the Indian Premier League.

“Due to objections received from a handful of people from Tamilnadu to the film ‘800’ which is a biography of me, I’m issuing this note. I realise that actor Vijay Sethupathi has been facing many challenges due to this announcement. I don’t want to ruin the career of a fine actor like Vijay.

“In the future, he should not suffer any unnecessary difficulties in his career as an artist. Therefore, I ‘m telling him to distance himself from the biopic.”

Muralidaran said he had never been “fatigued because of challenges and had always won against all odds to achieve what I have today.”

“I decided to make my biopic, because it will encourage future generations and young cricketers. Yet there have been a lot of challenges. I hope that this film will be made in spite of these barriers. I have been told by the production company that they will make an announcement soon, and I will stand by them,” he ended.

As per the film producers (Dar Motion Pictures), the film was intended to focus on Muralidaran’s cricket life and his accomplishments as a player. The film has been subject to sharp criticism from some Tamilans. Responding to criticism, the production house reportedly said that the movie is not intended to hurt the sentiments of anyone.

Although some have applauded Vijay’s resemblance to Muralidaran in the motion poster, several prominent figures, including Kollywood directors Barathirajaa, Cheran and Seenu Ramasamy and lyricist Thamarai, have requested the actor to step out of the film. They claim that Muralidaran was a supporter of the Rajapaksa government in Sri Lanka responsible for committing genocide on the Sri Lankan Tamils.