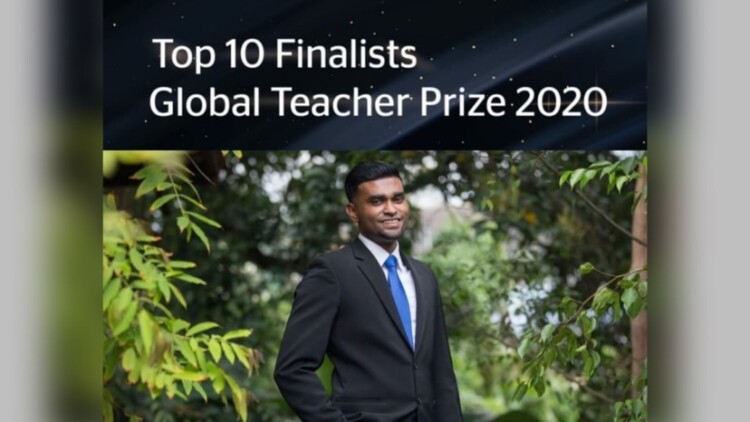 Hailing from Kuantan, Samuel Isaiah has made the nation proud by being the only Malaysian in the top 10 finalist list for the Global Teacher Prize 2020.

From over 12,000 nominations and applications from 140 countries, the 33-year-old teacher from SK Runchang, Muadzam Shah, Pahang was shortlisted among the ten finalists.

Sam had also been recognised for his efforts and methods of teaching English to the Orang Asli (indigenous) people which went viral. His hard work eventually paid off after his students from the Jakun Orang Asli tribe who were unable to speak English, managed to score an A in the Ujian Pencapaian Sekolah Rendah (UPSR). The passing rate at the school for the English subject had risen to 80 percent, compared to 30 percent earlier.

He is currently pursuing a Master’s degree in Educational Policy and Leadership as a Fulbright scholar at the University of Albany, New York State University in the United States.

The Global Teacher Prize was established to honour outstanding teachers that have made impressive contributions to the expansion of the teaching industry, at the same time highlighting the significant role played by teachers in society.

The award aims to bring to light the outstanding efforts of millions of teachers around the world by uncovering thousands of such champs who have changed the lives of young people for the better.

Previously, Samuel was awarded with the Best Teacher Award at the ASEAN-ELT Conference (2018), Best Creative Teacher (2018, awarded by the Prime Minister of Malaysia), the Star Golden Hearts Award (2019) and the National Hero Teacher Award (2019).

If he is awarded with the Global Teacher Prize, he will use the funds to enhance the musical instruments of the school, purchase advance equipment, and expand more teaching classrooms for the 21st century. He is also aiming to inspire other indigenous groups in Malaysia by focusing on his strategies with like-minded teachers.

Congratulations on your achievements, Samuel!