In a recent episode of Bigg Boss 2, Kamal Haasan decided to have an interaction session with the contestants.

According to Times of India, Kamal Haasan got Daniel to share the nicknames he had for all the Bigg Boss 2 contestants – and not everyone took it well.

Ponnambalam is named as Periya joke Ponnambalam. Daniel said Mamathi is Nightingale. Riythvika is named as Mandai Kasayam for always having deep thoughts. Nithya is named as Phoenix bird because she only responds to that name. 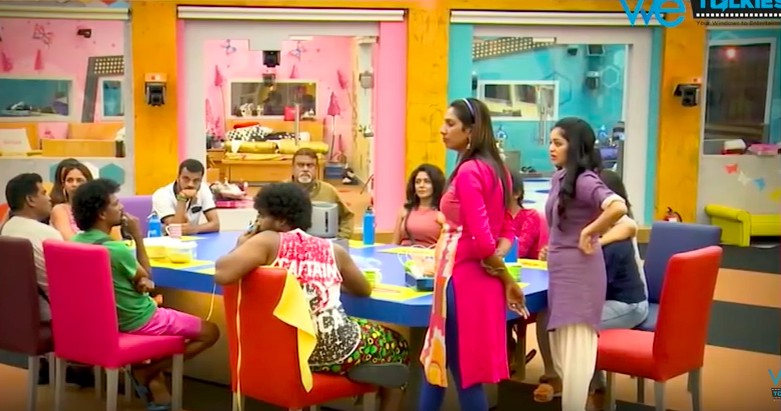 Ananth Vaidyanathan is nicknamed as Isai. Janani Iyer is named as Visha bottle. Yashika’s nickname is Thalaivali Mathirai because she’s always annoying everybody. Aishwarya is nicknamed as Aamai Vadai.

At the end of it, the other contestants revealed Daniel’s nickname, which turned out to be Parotta Master. Sendrayan happily nicknamed Daniel as Murukku Mandai.

What do you guys think of all the nicknames?