Festive Tragedy: Boy Accidentally Stabbed By His Cousin On Deepavali Eve, Dies Not Too Long After 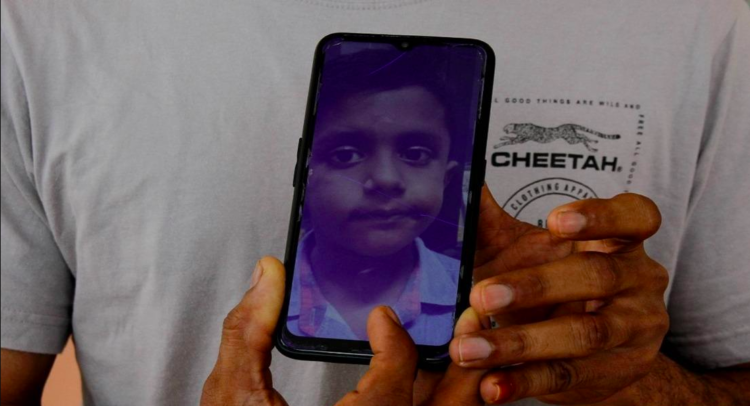 Being naughty and mischievous is all fun until it turns into a tragedy due to mere carelessness. A 7-year-old boy lost his life when his 11-year-old old cousin accidently stabbed him right through his chest when he ran into her.

The unexpected incident came as a huge shock to the parents and family members of the young boy, an unfortunate incident that was done unintentionally by the cousin, resulting in the death of their son.

The accident occurred at the cousin’s house in Kampung Koh, in Sitiawan, Perak.

Both families were busy prepping for Deepavali when the incident occurred at 10.20pm during which the girl had intended to use the knife to cut a rope outside the house that led to this unforeseen devastating event.

According to the boy’s uncle D.Mathialagan,43, he was running around from his house to his cousin’s house next door and was accidently stabbed in the chest after he ran into the girl intending to hug her while she was at the front door holding the knife.

. There was blood everywhere. We took him to the Seri Manjung Hospital where he was pronounced dead,” the uncle said when met at the Forensic Department of the Raja Permaisuri Bainun Hospital (HRPB) in Ipoh earlier today, 15 November

The uncle said that his nephew’s desire to have mutton curry before the tragedy struck will haunt him always.

The devastated father of the boy was unable to hold himself together. “I told him that he could only taste it the next day as it was the main dish for Deepavali. We didn’t expect that he would be gone so soon,” he told New Straits Times.

Kids having fun are a given during all major celebrations in the country. It is said that, festivities are truly enjoyed by children.

Visiting their extended families, playing firecrackers with their cousins, having a good time just being kids, receiving presents and enjoying cookies and yummy food is all part of the occasion.

However, parents also have a responsibility to always keep an eye on their children, making sure that they are always safe. We hope the family will be comforted after witnessing and experiencing such harsh tragedy on the eve of Deepavali.