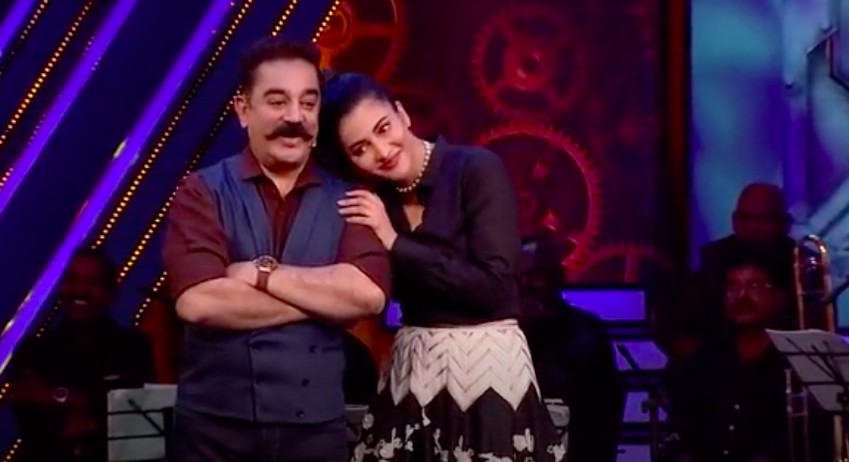 Bigg Boss 2 anchor Kamal Haasan unveiled the trailer for his latest and much-awaited movie, Vishwaroopam 2. The trailer was unveiled to the audience present during the weekend show, as well as to the 16 contestants on Bigg Boss 2. 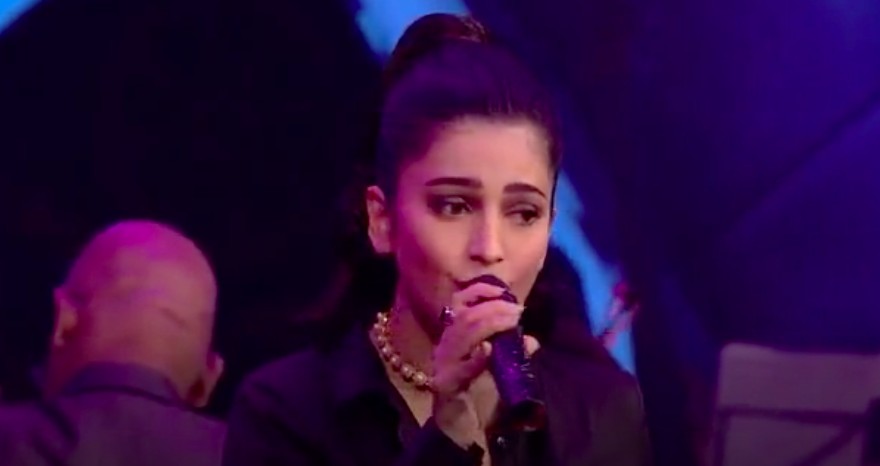 Shruthi Hassan made a special guest appearance to sing a duet with her father, in line with the trailer launch. Shruthi looked absolutely stunning in a black long sleeved top and white skirt, sporting a pearl necklace. 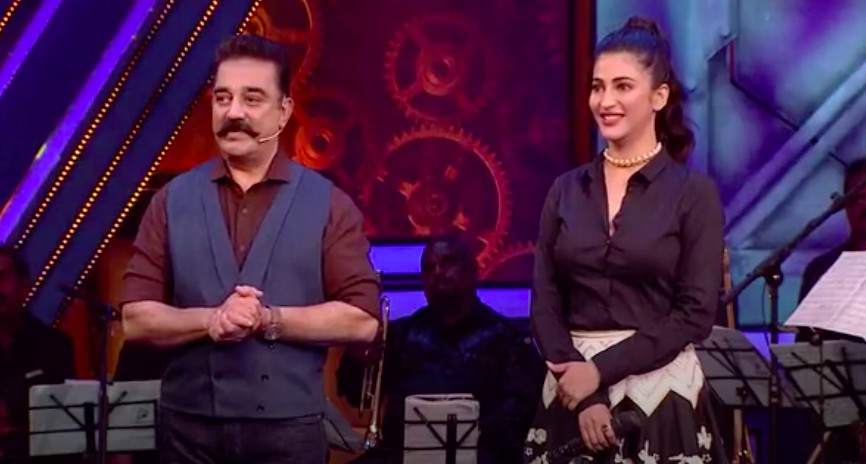 After her performance, Kamal Haasan told the audience that he and his wife named her Shruthi because they wanted her to grow up to be a great singer – and it became true. He complimented his daughter’s singing and told her that she the pride of the family.

Honestly, her performance was so beautiful, we didn’t know she could sing like that!