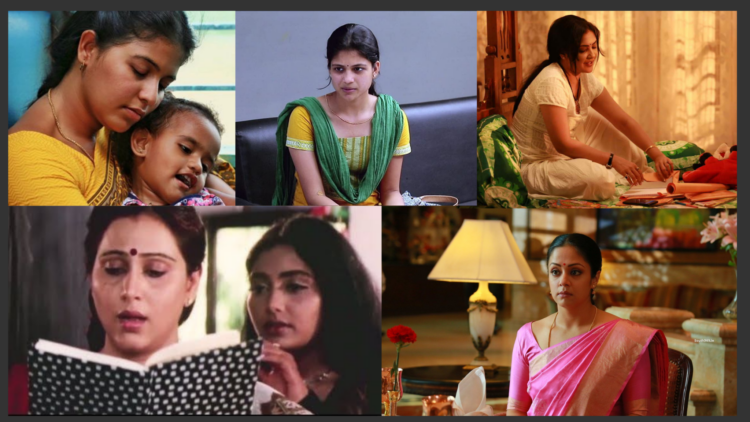 Women for the longest of time happen to be one of the most intrigued individuals on earth.

At the turn of the century, and at the same time the rise of the 21st century revolution, more women have been stepping out of their comfort zones, rising above adversaries, making a name for themselves and leaving a prestigious mark on their achievements in society.

Not only have they stood firm during wars and riots, to getting hold of leading positions in the concrete jungle, they have also pioneered the movie industry by owning leading characters in films, breaking all stereotypes that were laid on females for generations.

In conjunction to a very special day, marking the international day for the elimination of violence against women, let’s cherish the best female empowerment movies that unleashes great character roles beating male patriarchy, with soulful storylines! 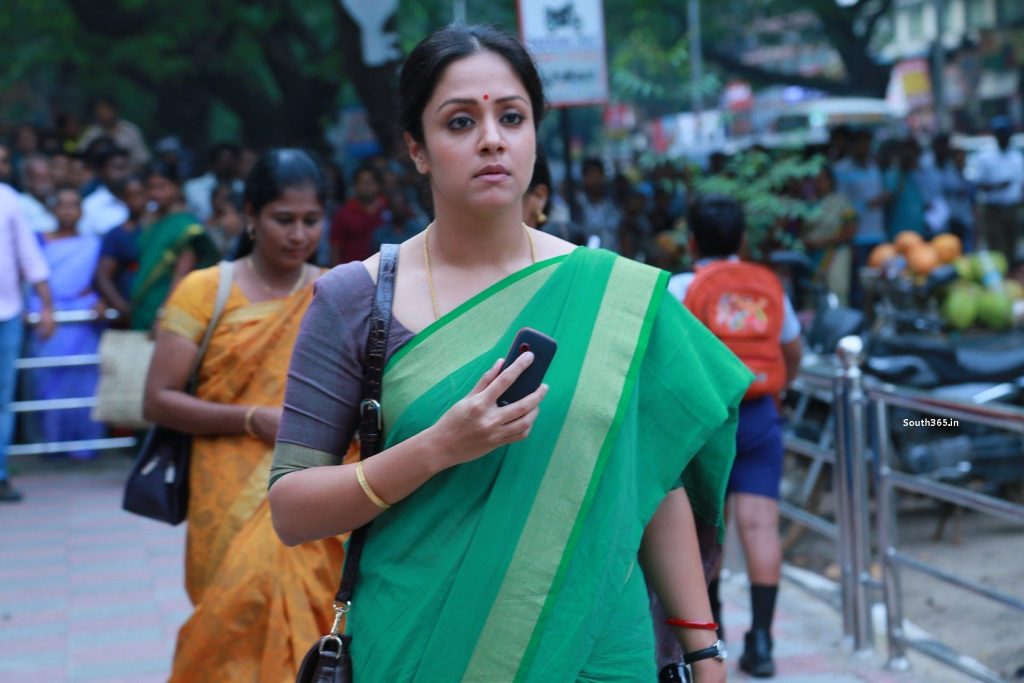 36 Vayadhinile is a delicate continual feminism desired by any married woman. Among the many issues that are inevitable in a married life is how a mother’s role is disregarded by the family members.

Quite often, she is complained about, taken for granted and devoid of affection. 36 Vayadhinile reflects on these points precisely. Vasanthi, a character played by Jyothika, is not acknowledged, valued and is often looked down upon by her husband and daughter leading her to face despair and distress.

This awakens her spirit desperate to rediscover herself, in order to prove her self-worth.

For each middle-aged woman who feels undervalued or ignored by her own family, Vasanthi’s journey of self-discovery and success is a concrete example on women empowerment to feel worthy with adequate persistence and self discovery to rekindle her skills and abilities. 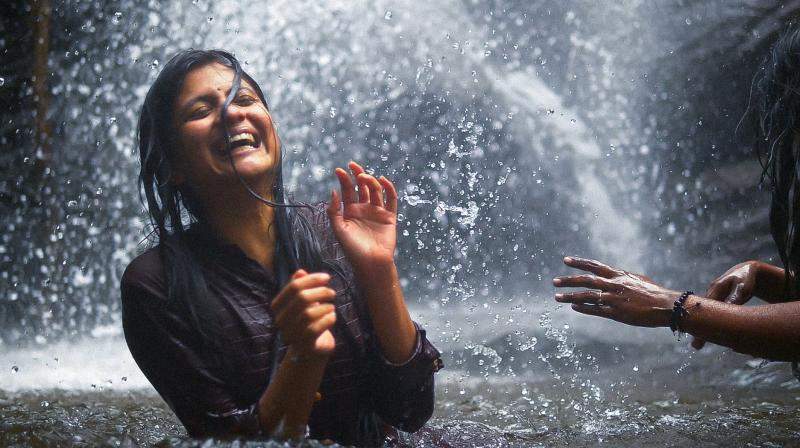 Aruvi is the first of its kind in the history of Tamil cinema, with Aditi Balan in the lead.

Aruvi, is featured as a character with a rebeliious personality  challenging everything that has been wrong with the money-minded materialistic society today.

To throw deficient men to the fore, she takes part in a reality show named ‘Solavathellam Sathiyam.’ Aruvi slams and retains them at gunpoint when the TV host queries her sanity, and at the same time is simply running the show for TRP rates. 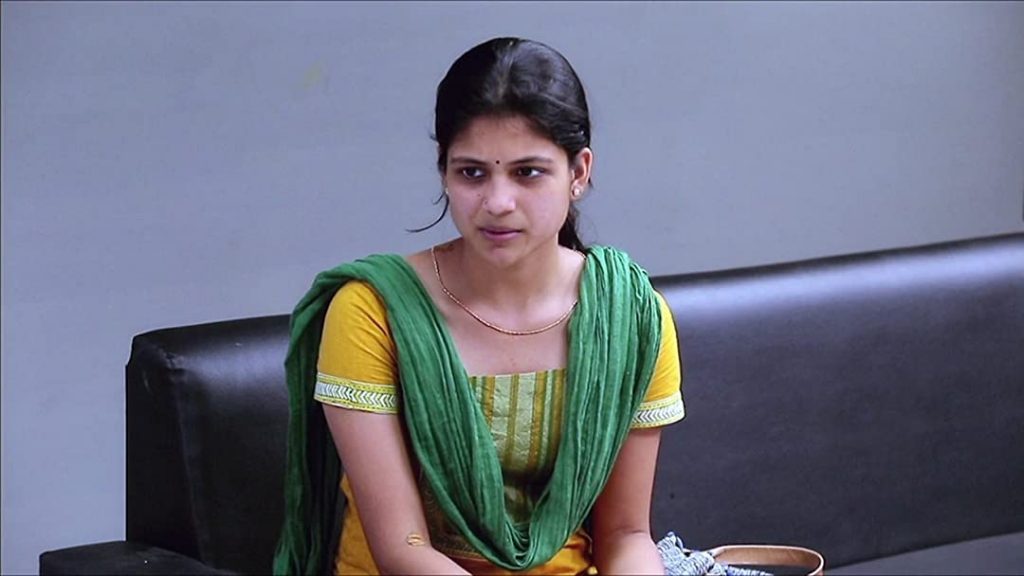 Aruvi, who is actually a HIV patient, is depicted as a courageous, fearless, empowered individual who is also fun-loving and cheerful.

Aruvi’s response in the film questioning the men that sexually abused her was definitely mind blowing and nerve wreaking to watch.

A completely new dimension of feminism is embedded in her spirit of survival against the entire condescending world. This movie is a must watch by all women! A character played well by the actress. A film that tales a beautiful storyline with each character pointing on the faults of men in our society on how they stupefy and repress women under the term of marriage and love, leaving women in bondage.

in iraivi, Karthik Subbaraj made a brave move to depict men and women as pure and raw without binding them in any fictional elements.

This movie encrypts the way each women stands up for themselves, breaking the common stereotypes women have been subject to by society under the name of family commitment bidding farewell to the rightfulness of a woman. 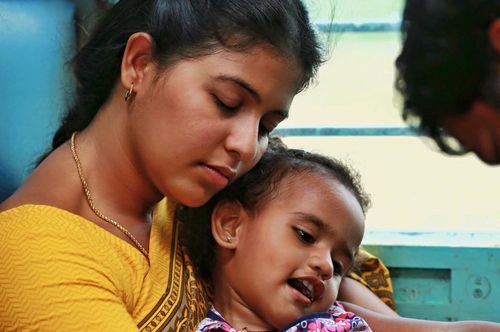 The Iraivis in this film are played by Kamalini Mukherjee, Anjali, Pooja Devariya and Vadivukarasi refurbishing the norm as characters linked to what we see everyday at every stage in our life.

Women in Iraivi are powerful in a sense that they’ve been capable in dealing with any crisis the world throws at them rather than The regular empowering dialogues.

In the end, as Karthik Subbaraj says that ‘men will always be men,’ the women in Iraivi make their own decisions for the very first time. Iraivi is not only a magnanimous movie for women, but it is also a must watch for men in particular.

Male chauvinism has always encoded in society leaving many females in misery and despair, forcing them to sacrifice their hopes and dreams in order to obey the men present in their lives. 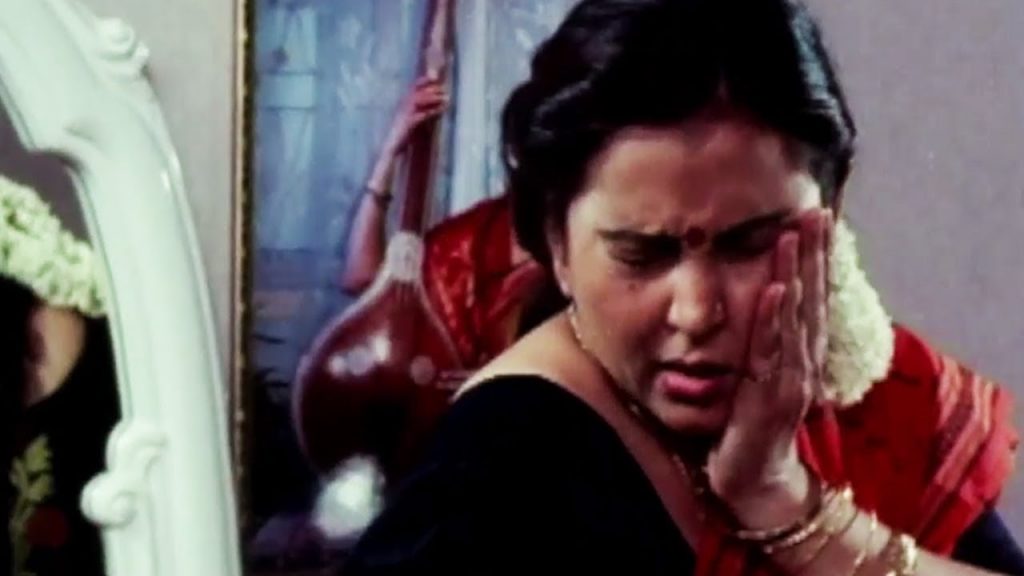 The Kalki of K.Balachander is a strong smack on male-chauvinism and sexism. The lead role is stared by Prakash Raj, who is a chauvinist, a sexist and a sadist.

He lives under the NOTION that  there is no equality nor parnership In a Woman’s life.

When his first wife Chellamma played by Geetha divorces him as she is badly abused and is unable to conceive a child, he then marries Karpagam played by Renuka, a naïve, rule-abiding woman that is unable to speak up to her vicious husband. 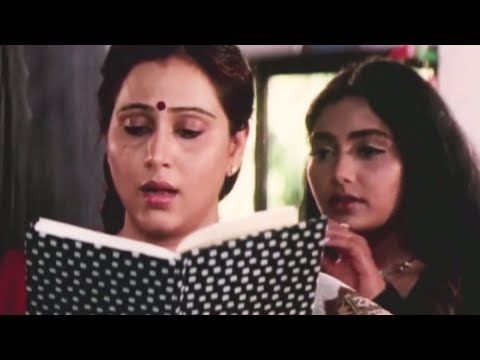 Kalki a role played by Shruti is the movie’s main protagonist, who is depicted as an independent modern woman who learns about Chellamma’s former husband and his nature. She then decides to teach him a lesson.

Under the veil of ‘love’, Kalki traps Prakash, and inevitably conceives his child for Chellamma. She then treats Prakash in the same manner he had treated his wives. In 1996, KB profoundly endorsed ‘her body, her choices’ in Kalki.

This movie is very much contradicting to some of the current movies where the predominant heroes effortlessly shame the heroines for merely talking to another guy, presenting a very unpleasant storyline.

All these movies illuminate a well scripted storyline, with bold and brave female characters played as its lead role, completely out of the ordinary love-bound films in the cine world.

These movies do not emphasise on unnecessary stardom, but it decodes their characters very meticulously with a strong character emphasis.

In the current modern contemporary world, do your part by providing a finer and better environment for women to sculpture and build themselves better, unveiling their bold daunting characters to face the scrutinising community!