Are You Ready For Apache Indian’s New Groove ‘What’s Not To Love’ ? After Tere Toor’s massive success, Apache Indian‘s new single ‘Trip to Jamaica’ from his album ‘What’s Not To Love’ has received an overwhelming response from his fellow fans. It’s a collaboration with music master Hunterz.

The album featuring nine Tracks are now available in both digital stores and streaming platforms.

Without further ado, he’s glad to bring two more tracks apart from ‘Trip To Jamaica’ from the much-awaited album. The album is presented to you by the esteemed Sunset Entertainment Group.

His ‘Giddai Vich,’ tune which features Bindwer Bajwa, and produced by the legendary Gubzy Music is guaranteed to crash the Punjabi dance scene.

In the meantime, ‘Look My Way’ featuring Roach Killa, Blitzkrieg and music producer, Kat Eyez is the second single to be released from Apache‘s album. Its seamless lyrics and a strong bassline will get you swaying from side to side.

That’s not it, there’s more to come out of this incredible nine-track release. Three of the songs are produced by the talented British-Asian producer and songwriter, Jay Productions.

Next on the list is ‘Freedom’ featuring Dinero Ash, Shilpa Surroch and Chezin from India, a Spanish collaboration with the stunning Nadia Isabel, as well as Apache-style reggae track called ‘How Long’ with the Mumbai icon Major C

To conclude the album, it also features some Reggae Ska by Brad Turner, based in London, featuring Gillian Jack and Jon Rogers.

The distinctive style of Apache is all over the record, but the fusion is truly global. Reggae is there for sure, but the album is a generous mixture from bhangra, pop, hip-hop, ska and even a reggaeton collaboration with a Spanish artist just for the finishing touch! 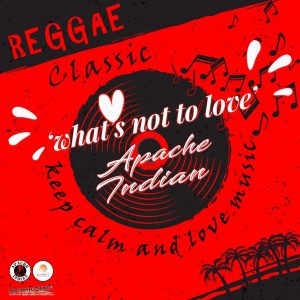 Just like the name of the album, the tracks resemble the title of the album, ‘What’s Not To Love’ and it’s gonna be an infusion of various music genres and styles, sure to get your groove on.

Varnam Malaysia had the pleasure to an exclusive interview with Apache Indian himself and his take on his latest album. Catch it here:-

Are You Ready For Apache Indian’s New Groove ‘What’s Not To Love’ ?