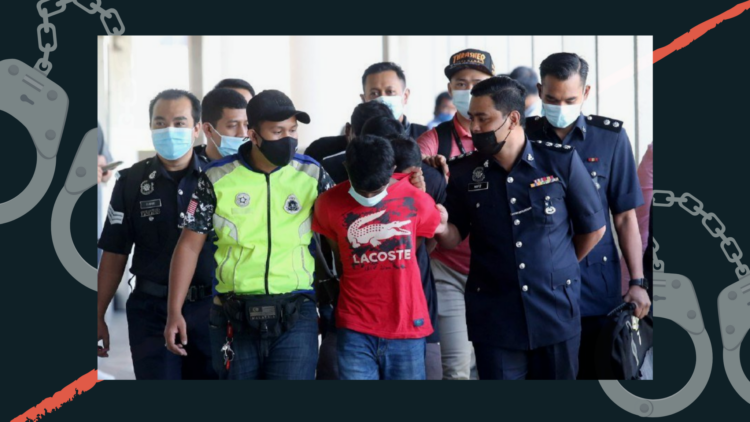 Bangsar seems to be a favourite crime spot recently with many notorious crimes taking place within the vicinity even with the current CMCO in place, the very recent one being the murder of a MARDI retired officer.

The four men allegedly committed the crime on the 73-year-old at his residence in Jalan Mambu, Bukit Bandaraya that occurred at 3.35 am and 4 am on 29th November. The offence under Section 302 of the Penal Code carries a mandatory death penalty.

The four Whose hands were chained Together nodded their heads as a sign they understood the charge read to them before magistrate Wong Chai Sia.

The accused were not granted bail and their case will move ahead for mention on 9th March 2021.

It was confirmed that after finding out that they had broken into his double-story bungalow, Wan Hassan had fought off two robbers around 3.30 am when two armed men broke in with machetes and entered the house through the kitchen.

The robbers forced Wan Hassan and his wife to hand over their valuables when confronted, but the deceased reportedly tried to fight them off, resulting in his death after he was slashed in the face and neck.

Then they proceeded to slash his wife Sarifah Yusof on her right shoulder, before feeding away with the loot. 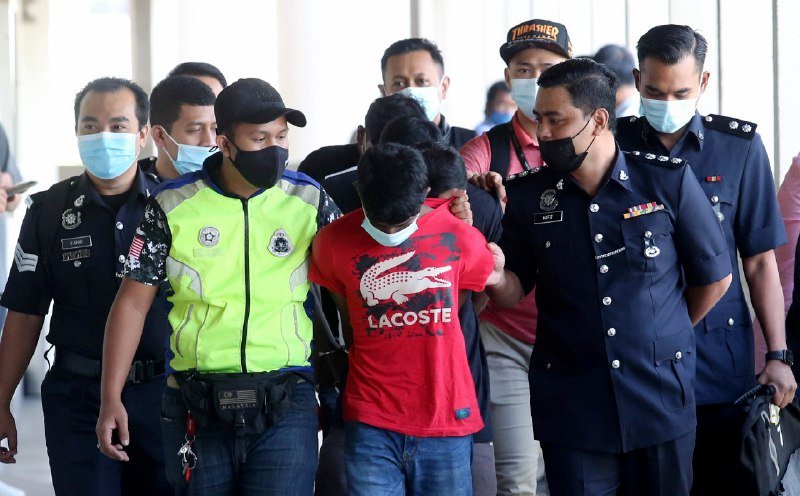 During a court session, the four were also charged with another robbery case at a 33-year-old man’s residence in Taman Tiara wielding a parang and hammer on the same day, between 4.12 am and 5.30 am.

Mohd Muzaffar Martin, was alleged to have been robbed, resulting in losses of around RM38,000. Judge Izralizam Sanusi did not permit all the four accused to be granted bail and scheduled the same day for mention.

Therefore, the case mention has been pushed forward and scheduled to 9th March 2021 by the Magistrate Court and the accused are strictly not allowed to plead for bail.

The offence falls under Section 395/397 of the Penal Code and carries the sentence of 20 years’ jail and whipping upon conviction.