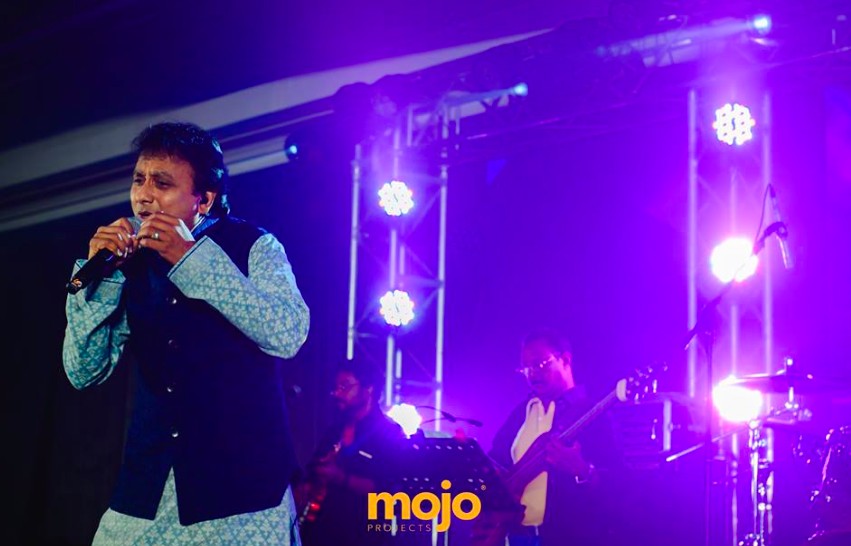 Legendary singer Unnikrishnan was recently in Kuala Lumpur for the Retro Rahman: A Tribute concert, held at the Hotel Istana. The concert was organised by Mojo Projects.

At the sell-out concert, Unnikrishnan belted out some of his classic hits like “Roja Roja”, “Ennavale”, “Poovukkul”, “Kaatre En Vaasal”, and more. He performed alongside his equally accomplished contemporaries, Unni Menon and Harini.

In an short interview with Varnam.my, Unnikrishnan revealed that he has many singles lined up for release – and one of them is a single he worked on with a Malaysian composer.

“There are a lot of singes on the way. Also, I did one song with Malaysian composer, Tiban. It should be out very soon,” Unnikrishnan said during the interview. We contacted Tiban to find out when will the single be released. The Malaysian composer did not give us an exact date, but he said it should be out some time in August!

Unnikrishnan also thanked Malaysians for being such an incredible audience during the concert. He definitely hopes to come back in the near future for more performances!