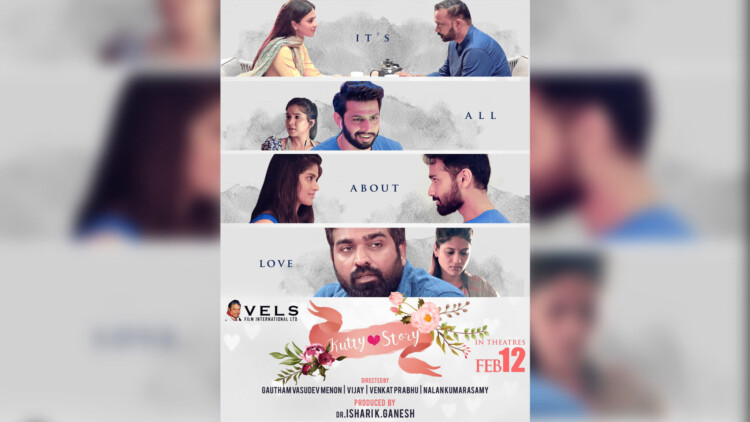 Vijay Sethupathi fans out there, get yourself ready as you’re about to see your Kollywood heartthrob in an upcoming anthology; Kutty Story where he acts in a completely different dramatic character style after the release of Master.

The star shared this anthology’s first look poster, which has gone viral over social media, making the fans really enthused.

The first look poster of Kutty Story also states that this anthology will have its official theatrical release on 12th February. It is not confirmed, however, whether it is a worldwide release or only in India.

There are a total of four episodes in the film based on the theme of love, produced by Dr Isharik K.Ganesh. Four distinct directors who are recognised with some amazing projects have directed this film; Venkat Prabhu, Vijay and Nalan Kumaraswamy, and Gautham Vasudev Menon.

One question has also lingered around, apart from the anticipation of the film. Will this film also be released to the global public on any OTT platform?