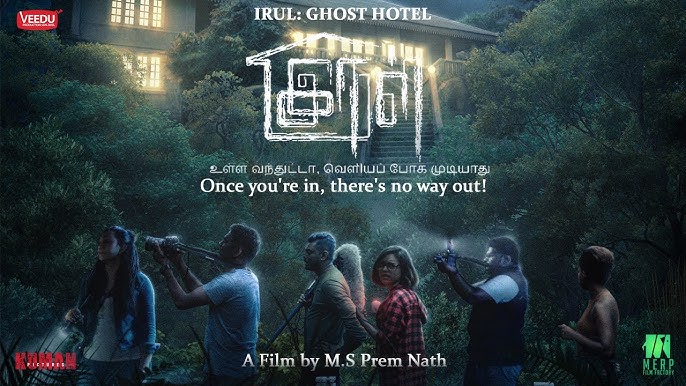 Stirring up the mystery on what is to be anticipated from this film, is the fact that the storyline has left many local horror movie buffs intrigued. Shot in a creepy abandoned Craig Hotel on the petrifying hills of Penang, this blood-curdling film is a promising treat for all horror movie maniacs!

The movie was filmed on a shoestring budget of RM200,000 and features a combination of veteran and newcomer actors.

Throughout April of last year, Irul: Ghost Hotel was filmed within a time frame of just 15 days!

It was slated to be released in theaters in late 2020, but due to theater closures, the producers opted to consider the bid to debut on ASTRO instead, making a premiere release on the 18th of March 2021.

Here Is A Glimpse Of Irul: Ghost Hotel’s Appalling Trailer:

IRUL: GHOST HOTEL IS known to be the first Tamil film to use a “found-footage camera” technique, with shots taken by the actors.

Even so, music and sound design are used to intensify the mood. The movie was shot at an abandoned and deserted hotel up on the hills of Penang which was initially used by a British TV production team, Indian Summers.

Irul: Ghost Hotel is a suspense thriller that revolves around the Seemingly Good perks that is about to tarnish Reporter Punitah’s Reputation.

Punitah, a documentary maker, played by Punitah Shanmugam, is dealing with a grim mystery. Punitah suspects her brother’s disappearance is connected to a ghost hotel on Penang Island, where her brother was last seen.

Ammu, Duriie, and Ranjeetha, three novice ghost hunters, form a team with her in an attempt joined by a cinematographer, Senthil, and a sound recordist, Vicran, to investigate this event.

They employ a driver named Rajoo, but he seems to be concealing deep secrets about the hotel. What are the odds and conspiracies that swivel around Punitah’s past, her brother’s disappearance, and the secrets the driver beholds from telling?

This movie is directed by one of Malaysia’s finest director in the mainstream industry, M.S Prem Nath whom has Also directed and edited documentaries and television programs.

He earned the Best Short Film award at the International Indian Film Festival in 2005, directed three feature films, including UYIR THE SOUL (2005) and VERE VAZHI ILLE (2015), and co-directed RISE: INI KALILAH (2018). His fourth feature film is IRUL: GHOST HOTEL. The eerie theme song and sound of Irul: Ghost Hotel was rendered by Daddy Shaq and ADK.