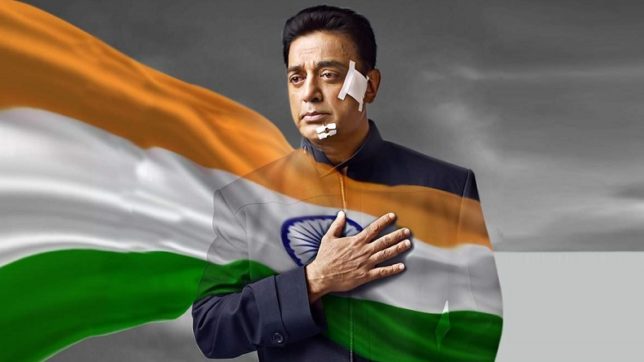 We’re just a few days away from the release of Ulaganayagan Kamal Hassan’s passion project, Vishwaroopam 2. This movie, just like the first movie, will be an espionage-thriller that also revolves around terrorism. The first movie, which touched on the Muslim religion, received major backlash from various political parties in India. The movie was later banned in Malaysia. Thankfully, the second movie has been given the thumbs up by the Malaysian government.

In an exclusive interview with Indiaglitz, Kamal Haasan discusses why he found it important to use practical effects.

The helicopter scenes are authentic. I didn’t want to cheat my fans, so we actually got Russian makes choppers and painted it black. These days audiences are clever. Even when shooting the car flip scene, a lot of effort was put into designing the scene. If that isn’t done, audiences today will realize it’s fake.

Directed by Kamal Haasan, Vishwaroopam II features Kamal Haasan in the leading role, with the likes of Pooja Kumar, Andrea Jeremiah, Shekhar Kapur, Rahul Bose and Jaideep Ahlawat in supporting roles. The film will feature music by Ghibran who previously worked together with Kamal Haasan in Thoongaavanam and Papanasam.