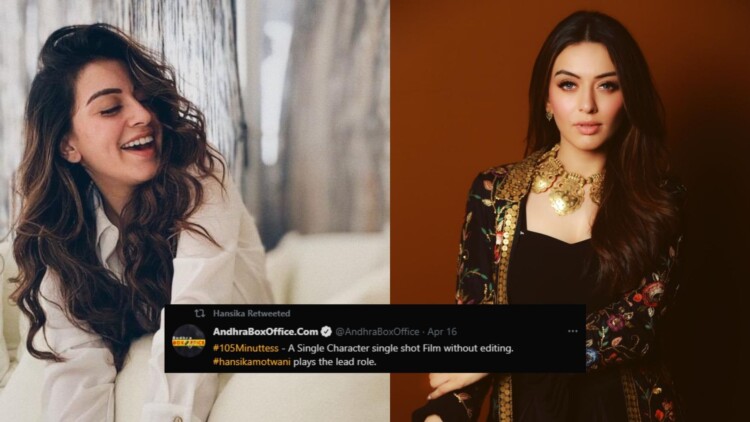 After appearing in Mazaa, a song that depicts a tale of love, betrayal, and redemption in a modern-day urban romance, Hansika Motwani will soon star in 105 Minuttess, a psychological thriller.

This film will be considered a major milestone for the bubbly actress because it was shot in a single take with no editing. In this film, Hansika will be the sole character.

The director of this Telugu movie, Raja Dussa said;

Surprisingly, the film’s run time is also 105 minutes, implying this content in real-time. The story revolves around a girl’s struggle in a house.

Raja explains that he chose Hansika for the role because of her innocent looks and because she is a performer, she will perfectly hold true. When Raja and producer Bommak Shiva went to Mumbai to narrate the script, Hansika and her mother were both excited.

The actress has already begun to prepare for the part. If everything goes as planned, they hope to start shooting the film on the 3rd of May.

For the first time on the Indian movie screen, the film features a single character with a gripping story and screenplay where no editing has been done since it is a single-shot film.

In addition, the actress stated that she has wrapped up working on her 50th film, Maha, in the midst of the pandemic last December. However, there was no further information about the film’s release date.

All we know is that our winsome Lolita will be back with a bang!