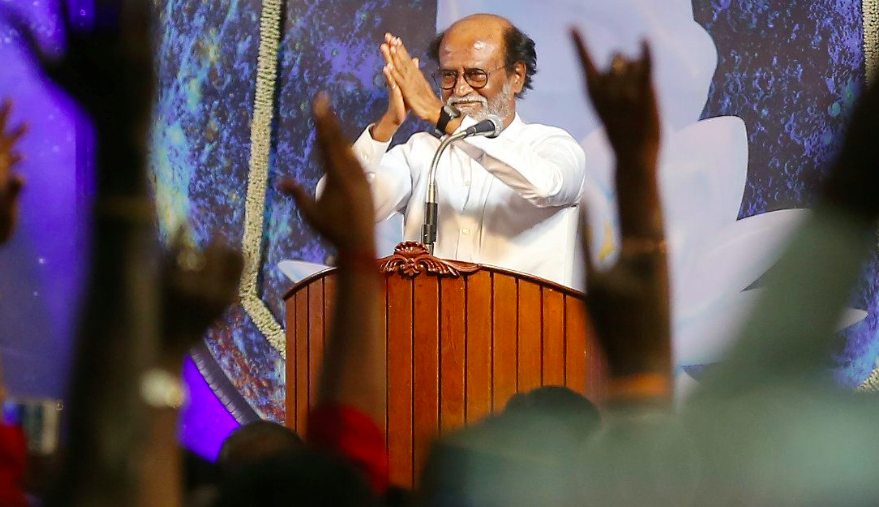 Superstar Rajinikanth announced on the brink of the new year that he has finally decided to enter the world of politics. This came as a shock to many, as the Superstar has firmly maintained over the years that he will stay away from anything politics-related.

“In the name of democracy politicians are robbing us of our own money on our own land. We need to bring a change from the base.” the actor said.

“I am entering politics and we will contest all seats in the next assembly elections. I will be the representative of the people to see if the representatives are working well and serving people. We will become watchdogs.” he added.

Someone told Rajinikanth, "Hey, give us a party this new year."
And see what happened.

According to The Hindu, Rajinikanth has also launched an official website for his new political party, along with an app on the Google Play store and an official Twitter account to rally the people to make a change in Tamil Nadu.

“This website will function as a tool to exchange information and also bring together people who want a good change in politics in Tamil Nadu”. a statement on the website read.

Rajinikanth, who has starred in more than 150 movies during his illustrious career in tamil cinema, is a role model and real-life hero to millions of Indians. He is also one of the highest paid actors in Asia, and just as powerful and influential as other Indian icons like Shah Rukh Khan and Amitabh Bachchan.