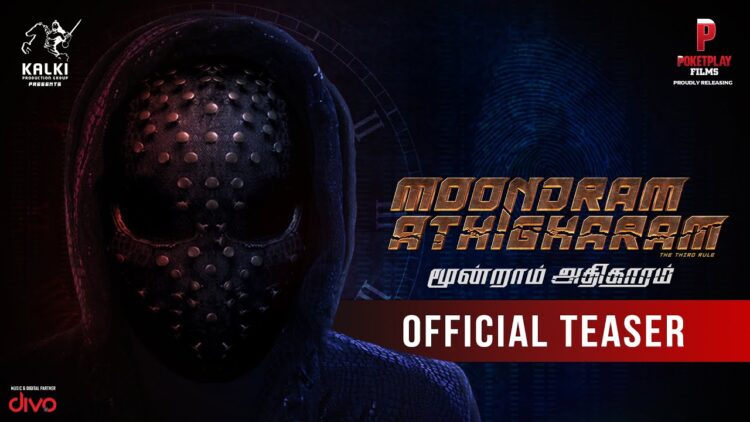 A little bit of curiosity, without diving into horror!

Helmed by SD Puvanendran along with three producers namely Akilan Supramuniam, Harigearan Subben and Ranjit Veloo, this bizarre thriller will leave you with a question mark on who’s the guy behind the creepy voice in the film. Being the music label and digital partner of the film, Divo has been a pillar in promoting this film on their platform as well.

Once the pandemic slowly subsides, Poketplay Films will be widely distributed in four countries comprising Malaysia, Singapore, India and Sri Lanka. Despite lingering uncertainties about the current pandemic, there’s a rising hope in returning to bricks-and-mortar cinemas since COVID-19 vaccines do have a positive and promising effect.

Hence, the team is planning to go for a theatrical release in July 2021 under Finas Wajib Plan.

When are thrillers even more thrilling? The entire team has certainly impressed the hell out of the audiences with an incredible plot along with a spectacular cinematography. On the music front, Balanraj and M Jagathees did a great job on the film’s music and soundtrack. Don’t believe me? Watch the teaser below:

Stay tuned for more updates on the theatrical release soon.