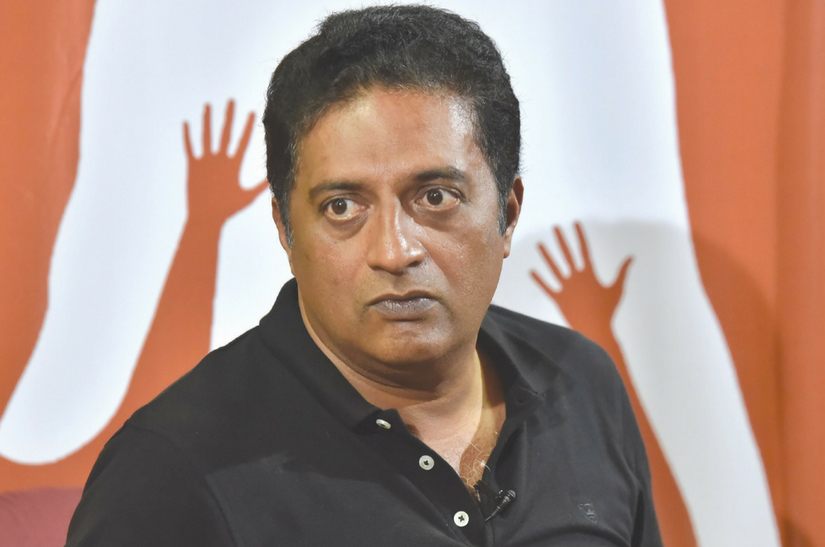 Mani Ratnam is one of the most revered filmmakers in Indian cinema, making all-time classics like Nayakan starring Kamal Haasan and Thalapathi starring superstar Rajinikanth. His latest venture, set to be released later this year is the multi-starrer, Chekka Chivantha Vaanam, in which Prakash Raj plays a major character. Prakash Raj is one of Ratnam’s frequent actors. Together, they worked on Iruvar, Kannathil Muthamittal, and O Kadhal Kanmani.

The acclaimed actor, known for his abilities to embody villainous characters as seen in Sivakasi and Pokkiri says he loves working with Mani Ratnam. In an interview with firstpost, Prakash Raj had this to say:

“Mani Ratnam is a man who is beyond success and failure. If he wants my presence in his film, Mani would call me and all I ask him is the number of days required because filmmakers like him teach me with every given film. They push me into the unknown world and makes me feel uncomfortable, Chekka Chivantha Vaanam also offered me one such experience.”

Prakash Raj also goes on to mention that working with Mani Ratnam is like going to a temple.

“Mani only calls me if he feels that my performance would justify the particular character. If I’m not available, he would not force and go for some other actors. Mani also fixes my salary and I simply accept whatever he gives because acting in his film is like going to temple. When Mani is ready to offer me Prasada, why would I negotiate salary with him”, Prakash Raj smiles and signs off.

Chekka Chivantha Vaanam stars Simbu, Vijay Sethupathi, Arun Vijay (the villain from Yennai Arindhaal), Arvind Swami (the brother from Thalapathi), Jyothika, Prakash Raj and many many more. It is set to hit the big screens on September 28 2018.